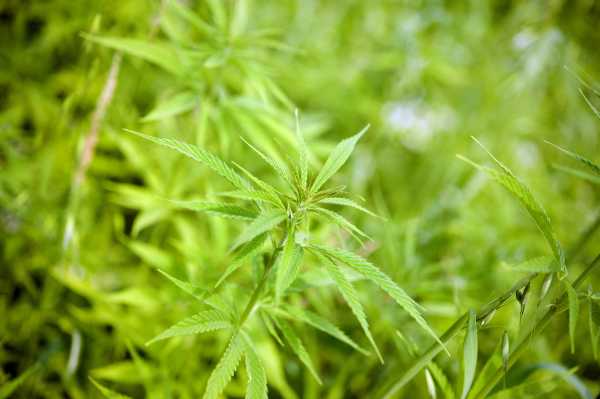 Hemp is derived from the cannabis plant, but it doesn’t get you high. Instead, it’s typically used for its fiber to make all kinds of products — food, paper, cardboard, carpets, clothes, rope, and more.

But hemp production and sales have historically been banned under federal drug laws that also prohibit marijuana. (You might see some hemp products in some places in the US, but those usually come from technically illegal sources, outside the country, or places that got narrow exceptions under recent pilot programs.) The law won’t legalize pot for recreational or medical uses; it only deals with hemp.

McConnell (R-KY), along with Sens. Rand Paul (R-KY), Jeff Merkley (D-OR), and Ron Wyden (D-OR), introduced the bill earlier this year. It was wrapped into the broader farm bill, which mostly deals with agriculture subsidies and food assistance programs, and passed with that legislation. Trump signed the bill into law on Thursday, after Congress passed it last week.

For McConnell, the hope is to make hemp a new source of jobs for his home state: He said earlier this year that he hopes hemp “can become sometime in the future what tobacco was in Kentucky’s past.” As Don Sergent reported for Kentucky news outlets, some farmers in the state are similarly hoping that hemp can make up for the losses they’re now seeing in tobacco as the nation has realized the health risks posed by cigarettes.

As it stands, farmers face several barriers to growing hemp due to federal prohibition — including restricted access to banking, water rights, and crop insurance. The law removes these restrictions, putting the US Department of Agriculture and state agencies in charge of regulations.

There are already limited research and pilot programs for hemp, which McConnell backed in the past. And it’s actually already legal to sell hemp products — but cultivation is banned in most cases.

Meanwhile, 10 states and Washington, DC, have legalized the intoxicating form of cannabis for recreational purposes, while 32 states have for medical uses. McConnell, however, has historically opposed those forms of legalization.

“I’m an Outsider on the Inside”: An Interview with Bruce Davidson...

“Black Lightning,” Reviewed: An Ambivalent Superhero (and Superdad) for the Post-Obama...