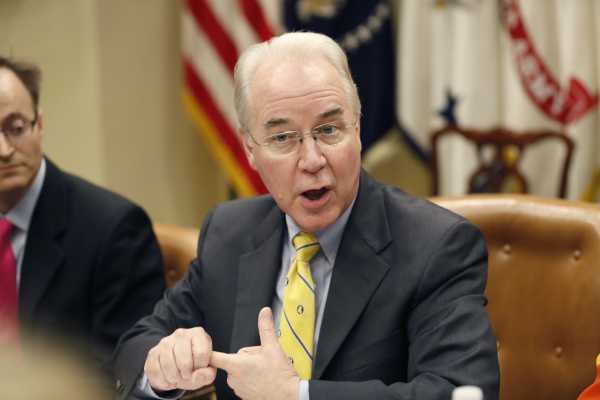 Price, who was forced out of the US Health and Human Services Department last year after a scandal over luxurious charter jet travel, accurately described the pitfalls of the GOP’s decision to repeal the mandate in its tax bill in a speech to the World Health Care Congress in Washington, DC.

This is, of course, exactly what health policy experts would tell you. The mandate didn’t quite work as well as planned, but the expectation is still that younger and healthier people are going to leave the Obamacare markets without it — especially with the Trump administration making cheaper, less comprehensive plans more available via regulation.

Right now, Dave Dillon with the Society of Actuaries is projecting a 2.5 to 7.5 percent increase for 2019 rates because of the mandate’s repeal. The Urban Institute, combining the mandate’s repeal with President Trump’s expansion of skimpier short-term plans, estimates that premiums will rise by nearly 20 percent on average nationwide.

That didn’t stop Republicans, who view the mandate as the worst offender in Obamacare’s expansion of government power over health care. But their actions will have consequences.

On a related note, after a year in which Republicans relentlessly attacked Obamacare, Trump told the American people it was dead, and the administration slashed funding for enrollment and outreach, the Commonwealth Fund has found the US uninsured rate ticking back up.

The deadly race to the South Pole

Caught Between Algeria and France, in Dance |