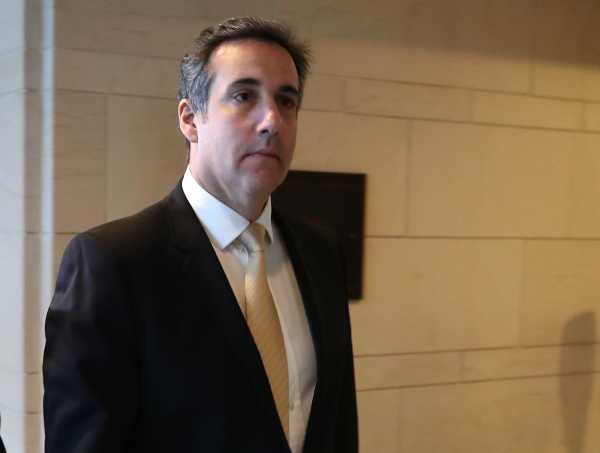 A lawyer for Trump attorney Michael Cohen sent a cease-and-desist letter to Stormy Daniels following her Sunday interview on 60 Minutes, where the adult film actress talked about her encounter with Trump and said she received threats to remain quiet about the affair.

The letter accuses Daniels — whose real name is Stephanie Clifford — of making a claim “regarding Mr. Cohen, namely that he was responsible for an alleged thug who supposedly visited Ms. Clifford, while she was with her daughter, and made an alleged threat to Mr. Clifford.”

“In truth, Mr. Cohen had absolutely nothing to do with any such person or incident, and does not even believe that any such person exists, or that any such incident ever occurred,” the letter continues. “You and your client’s false statements about Mr. Cohen accuse him of criminal conduct, and constitute, among other claims, libel per se and intentional infliction of emotional distress.”

The letter demands that Daniels and her attorney, Michael Avenatti, not make “further false and defamatory statements” and that they retract and apologize for their 60 Minutes account.

On 60 Minutes, Daniels did not identify the person who she said threatened her in 2011, a few weeks after she gave an interview to the celebrity tabloid In Touch. (The magazine didn’t publish the story at that time, allegedly because it feared getting sued by Trump.)

“A guy walked up on me and said to me, ‘Leave Trump alone. Forget the story,’” Daniels told 60 Minutes correspondent Anderson Cooper. “And then he leaned around and looked at my daughter and said, ‘That’s a beautiful little girl. It’d be a shame if something happened to her mom.’ And then he was gone.”

Daniels added that she never saw the man again but that she would recognize him, “100 percent,” if she did. “Even now, all these years later. If he walked in this door right now, I would instantly know.”

Cohen is at the center of the unfolding Stormy Daniels saga, as he paid Daniels $130,000 in hush money before the 2016 election; he claims he did so with his own money.

Daniels’s allegation, however, suggests someone close to Trump attempted to silence her, though she didn’t use Cohen’s name in her retelling of the story. Avenatti told CBS This Morning that he’s trying to find the person who terrified his client in 2011.