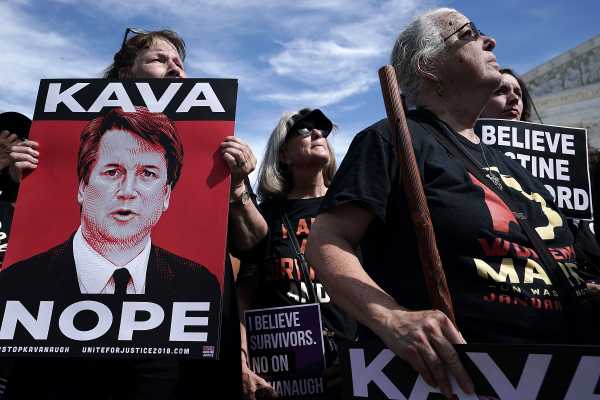 Supreme Court nominee Brett Kavanaugh lied during his Senate testimony on Thursday. He lied about all sorts of things: his drinking habits, the meaning of crude terms on his yearbook page like “boofing,” and even about what other named witnesses to his alleged assault of Christine Blasey Ford have said about the night in question. The lies are well-documented, the evidence of them extraordinarily strong.

So why don’t Republicans care?

I’ve become obsessed with this question since the hearing, wondering how anyone could have watched the same hearing I did and conclude that Kavanaugh did not lie under oath. Sure, some of those people are hackish partisans, willing to look past a little light perjury to get a fifth vote on the bench. But not every conservative is like that: Some of Kavanaugh’s most vociferous defenders, like National Review’s David French, are thoughtful people expressing their good-faith opinions.

I couldn’t get a good handle on this until I read a paper by three scholars — Carnegie Mellon’s Oliver Hahl, Northwestern’s Minjae Kim, and MIT’s Ezra Zuckerman-Sivan — on how voters could recognize that a politician is lying but consider them authentic and appealing.

Using both a large-scale survey and a lab experiment, Hahl and his colleagues demonstrate that people are shockingly willing to look past lies from someone who they feel represents their group. Instead, the lies are seen in the broader context of what supporters see as a “deeper truth” — in this case, that Kavanaugh is an innocent target of a Democratic smear campaign.

“As with Trump, the deeper truth is that a particular group is treated unfairly by the establishment (recall Kavanaugh’s opening),” Zuckerman-Sivan wrote in a Twitter thread. “So long as the obvious lies can be framed as serving that larger truth, the liar can present himself as the group’s ‘authentic champion.’”

Kavanaugh is using lying as a deliberate tactic to advance his Supreme Court nomination. It’s a clever manipulation of conservative grievance politics — and one that seems to be working.

Lies in the service of “a larger truth”

In their research, Hahl et al. surveyed 402 Americans about one of Trump’s most notoriously false statements: that global warming is a hoax invented by China to hurt the US economy. Interestingly, only a handful of Trump supporters in the sample (5.8 percent) described the statement as “highly true.” Most (68.8) described it as “highly false.”

But this didn’t cause them to conclude that Trump was a liar. Instead, they justified the lying as part of Trump’s populist appeal.

To probe this effect even further, Hahl and the other researchers conducted two experiments on separate random samples of 400-odd individuals. In each experiment, the people were sorted into an arbitrary social group and then were asked their opinions about a hypothetical college campus election involving a student who belongs to that same group.

Now here’s where things get interesting.

When people were told that the anti-ban candidate was lying about a study documenting the link between alcohol and sexual assault, they were more likely to rate the candidate highly on a measure of “authenticity” if they were the member of the same social group. They were especially likely to do so if they were told that alcohol consumption was an important social tradition at the college, and that the people trying to curtail it were gaining support among the university’s leadership.

So under these conditions, in fact, people were likely to view the candidate’s lies positively: their willingness to say things that the establishment was trying to keep hidden is a sign of authenticity. The establishment, in the experiment, was siding with anti-sexual assault crusaders against the university’s traditional social hierarchy.

This is what Hahl et al. call “the authentic appeal of the lying demagogue”: the idea that lying is not only acceptable but seen as a sign of a certain kind of honesty, if done in service of a traditional group under threat from an upstart social movement.

“It’s not that these aggrieved traditionalists ignore the lies. They recognize lies as such in our experiments,” Zuckerman-Sivan explained in his tweets. “It’s just that they see these lies as a tool for expressing a larger truth.” 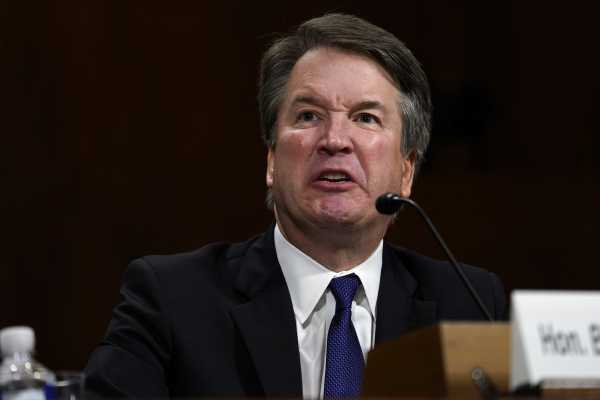 The application of this study to the Kavanaugh case is quite clear. Here, conservatives are lining up to defend their nominee to be the fifth vote on the Supreme Court against allegations of sexual assault. It’s a defense of social group and status hierarchy against an upstart challenger, just like in the study. This is what made his fiery opening testimony so effective, at least for conservatives: It appealed to their sense of in-group threat and partisan identity.

What’s more, the rhetoric conservatives are using about Kavanaugh’s lies line up neatly with what Hahl would predict. Here’s what French, the National Review writer, argued in a Monday post:

This isn’t an affirmative defense — an argument that Kavanaugh is telling the truth about what a “Devil’s Triangle” is, or whether he ever blacked out from drinking. It’s a dismissal of the relevance of those lies in light of what French sees as a larger truth: that the sexual assault allegations are false.

Kavanaugh’s supporters believe him, so much so that the literal truth of his testimony is no longer considered to be important. Conservatives, to borrow a phrase famously coined to describe President Trump’s supporters, are taking Brett Kavanaugh seriously but not literally.

There are a few problems with this attitude. First of all, the sexual assault allegations against Kavanaugh are not “in a state of collapse,” as French claims. There have been no major factual revelations about Ford’s allegations since Thursday’s hearings, and the same is true for Deborah Ramirez’s accusation that Kavanaugh exposed himself to her in college. (Julie Swetnick might be another story.) If you believed Ford and Ramirez before this weekend, you’d still believe them now.

Moreover, there is no way to disentangle the petty lies from the bigger truths in the way French suggests. Kavanaugh’s lies were all told with the purpose of airbrushing his image as a high school student, when the incident with Ford was alleged to have happened. The little details Kavanaugh lied about — “boofing,” “ralphing,” blacking out — aimed to paint a picture of him as being incapable of the act he was accused of committing. They weren’t trivial misstatements; they actually matter, and speak his overall credibility relative to Ford’s.

Finally, and perhaps most importantly: He lied under oath. Supreme Court justices are supposed to be the ultimate arbiters of the law, not willing to casually lie under oath in a way that some legal analysts suggest could well meet the standard for perjury.

This should be really disturbing in and of itself, a whole new category of scandal for Kavanaugh. But conservatives cannot seem to recognize this because they’re committed to larger truths: that they are the real victims in America and Brett Kavanaugh deserves a seat on the Supreme Court.

US Will ‘Make Sure’ Countries Understand Coronavirus Came From China, Says...

The Much Diminished Russian Bear

Space Telescope to Study Far Off Worlds Set to Be Launched...

Wednesday is day 5 of a partial government shutdown. It could...