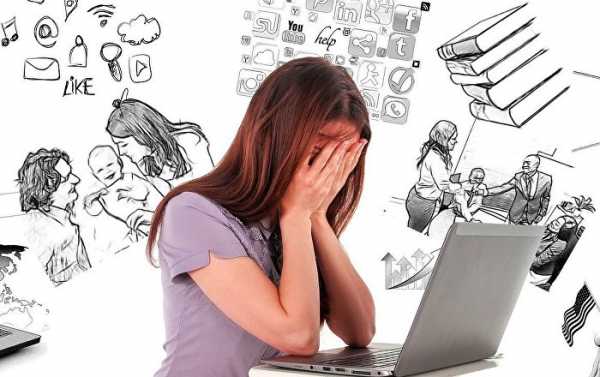 While social media was invented as a means against depression and unhappiness, some of their side effects are the very things it was meant to prevent, particularly in teenagers. Furthermore, the aftershocks for the digital generation’s psyche remain to be seen.

In recent years, the amount of time spent by young people on social media has grown exponentially, suggesting a link to mental ill health, as a spike in anxiety, depression and mental imbalance among young people has been noted, Swedish brain researcher Sissela Nutley of the Karolinska Institute suggested in an interview with Finnish national broadcaster Yle.

According to Nutley, an average US youth now spends up to a staggering nine hours a day on different social media platforms, which is way above the recommended levels. After only two hours a day, the risk of depression increases, whereas over five hours spent on social media platforms a day actually leads to a higher suicide rate, Nutley said, stressing the need for more research on the matter.

The overuse of social media is particularly worrying given that the human brain develops until the age of 25, with parts of the brain governing self-reflection and rational thinking maturing between the ages of 13 and 19 through developing deeper structures controlling emotions, impulses and motivation.

Most social media platforms are image-based, which instantly triggers a reaction mechanism in the human brain and appears to be stronger in women. When a woman sees a picture of a female body close to what’s considered ideal by society’s standards, parts of the brain associated with self-esteem and anxiety are activated, prompting, most often an unfavorable comparison with one’s own body.

According to Nutley, social media also revolutionized the way of looking at relationships by equipping users with a tool to measure the outer world’s appreciation. Previously this assessment was solely based on social interaction in the form of smiles and subtle gestures.

“Now that this has moved into social media, you disconnect from the biological signals and instead devote yourself to counting likes and hearts,” Nutley explained.

This leads to people seeking more confirmation from people further and further away from their original social circle, such as friends and family.

A result of this is that humans begin to judge themselves quantitatively instead of in a biological, intuitive and qualitative model. Another problem associated with that is an increasing focus on appearance, despite it being a “genetic lottery.”

Nutley stressed that it may be especially difficult for youngsters to cope with social media algorithms. If a person uploads a picture of themselves only to get a few likes, they might fall under the impression that he/she is not liked, despite the obvious reason that no one has seen the picture.

While the spread of the social media has undeniable advantages, such as opportunities to link up with people across the world who share a common interest, they are also highly addictive.

“Research shows that more and more people spend more time on social media than they want. You cannot help it,” Nutley concluded.

Research shows that the “smartphone generation” sleeps less than previous generations, whereas sleep deficiency is also associated with a higher risk of depression.

Sissela Bergman Nutley is a PhD at the Department of Neuroscience at the Karolinska Institute in Stockholm.

Here’s what you need to know about Sri Lanka’s escalating political...

Jane Curtin Is Playing It Straight |

CryptoCrimea: Russian Peninsula Aims for CryptoEconomy to Nullify US Sanctions