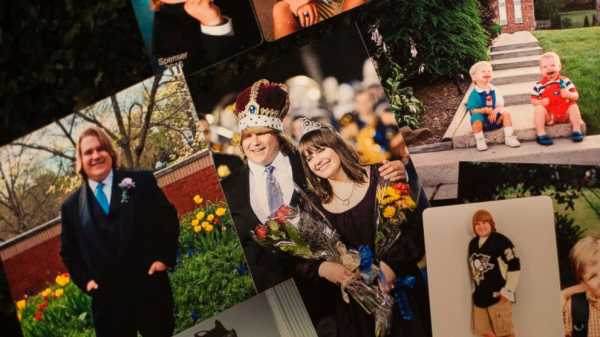 A slim majority of Americans see prescription drug addiction as a disease that requires medical treatment, but most would not welcome those suffering from the problem into their neighborhoods, workplaces or families.

New survey results reveal Americans’ complex view of addiction as the deadliest drug epidemic in U.S. history ripples through communities nationwide. More than 1 in 10 Americans say they have had a relative or close friend die from an opioid overdose, according a recent survey by The Associated Press-NORC Center for Public Affairs Research.

Opioids are an addictive class of drugs that includes both prescription medicines like Vicodin and OxyContin and illicit drugs like heroin and fentanyl. Overdose deaths linked to the drugs have quadrupled since 2000, reaching an all-time high of 42,000 in 2016.

The wave of addiction has dragged down the national life expectancy, strained local budgets and challenged officials at every level of government. A study by the Kaiser Family Foundation released Thursday found large employers spent a record $2.6 billion to treat opioid addiction and overdoses in 2016, an eightfold increase since 2004.

Most medical authorities view drug addiction as a disease. The National Institute on Drug Abuse describes it as a long-term, treatable brain disease.

Although 53 percent of Americans view addiction as a medical problem, they remain wary of the afflicted. Fewer than 1 in 5 Americans are willing to closely associate with someone suffering from drug addiction as a friend, co-worker or neighbor.

Emily Fleischer, a 36-year-old librarian, says she has seen the effects of the opioid epidemic in her home state of Indiana, including a massive one-year increase in children forced into the foster care system due to drug misuse at home. She understands people wanting to keep their distance from those who misuse drugs, given their association with high-risk behaviors.

“I can see why people wouldn’t want that to be up close and personal, even if they do feel it is a disease and not the person’s fault,” Fleischer said.

Medical experts say overcoming the stigma of addiction is an essential part of expanding treatment. About 2.1 million Americans are addicted to opioids but only about 1 in 5 received specialized treatment, according to the latest federal figures.

“When something is stigmatized nobody wants to bring it up, so therefore people who need the help are less willing to come forward,” said Dr. Corey Waller, an addiction specialist in New Jersey.

Many of those polled see drug misuse as a moral failing and favor stiffer penalties. Forty-four percent of those surveyed say opioid addiction indicates a lack of willpower or discipline, and a third say it is a character flaw. Fifty-five percent favor a “crackdown” on those who misuse drugs.

“If somebody is afflicted with heart disease or cancer then everybody brings that person or their family a casserole, but if someone is afflicted with addiction then they don’t have the same community support,” Wen said.

Hurdles to treatment include gaps in health care coverage and social stigma against some forms of therapy, including methadone.

A majority of those surveyed don’t think their local community is doing enough to address the problem. Two-thirds said decision-makers should make treatment programs more affordable and accessible.

“I was trying methadone clinics, I would check myself into the hospital, I would try detox,” said Juarez, a Chicago security guard.

The federal government is set to spend $4.6 billion on the opioid recovery effort signed by the president last month, about three times more than the government is currently spending on the epidemic. The funding will primarily go to state and local governments to fund treatment, prevention and law enforcement efforts. But critics contend the sum isn’t nearly enough to fund the kind of national response needed.

Despite government efforts, more Americans are seeing the problem hit close to home.

Forty-three percent of Americans say the use of prescription pain drugs is a serious problem in their community, up from 33 percent two years ago. About 37 percent of survey respondents see heroin as a serious concern locally, up from 32 percent in 2016.

The AP-NORC poll of 1,054 adults was conducted March 14-19 using a sample drawn from NORC’s probability-based AmeriSpeak Panel, which is designed to be representative of the U.S. population. The margin of sampling error for all respondents is plus or minus 4.1 percentage points. Respondents were first selected randomly using address-based sampling methods, and later interviewed online or by phone.