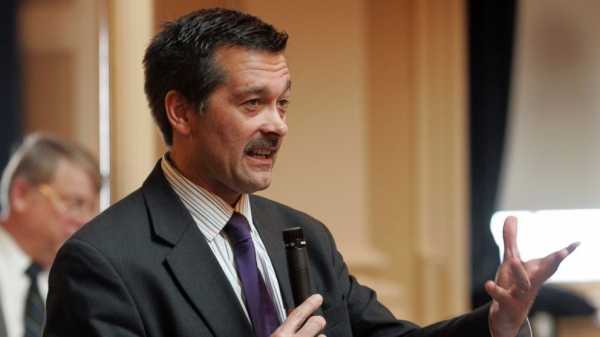 A powerful Republican lawmaker has publicly endorsed expanding Medicaid in Virginia after years of opposition, boosting the chances the Old Dominion will join 32 other states in expanding the program for the poor under President Barack Obama’s health care law.

Kilgore said his change of heart was due partly to President Donald Trump’s embrace of work requirements for low-income people on Medicaid.

The Trump administration recently announced that it will approve state proposals requiring “able-bodied adults” to work, study, or perform some kind of service. The move has helped prompt lawmakers in other conservative states to resurrect expansion plans and has already been approved in Kentucky.

“I’m not that far out on a limb. We have to step up, we can’t be the party of ‘no.'” said Kilgore, who is Southwest Virginia’s most powerful GOP lawmaker. He said at least 15 Republican House delegates will likely vote with him on the issue.

Del. Will Morefield, another Republican from Southwest Virginia, said he’s not ready to endorse any form of Medicaid expansion just yet but is much more receptive than in the past.

“I represent one of the poorest areas of Virginia, the reality is we’ve got to find some alternative,” Morefield said. “Things are not getting better.”

He noted that a bipartisan group of local leaders in Tazewell County in Southwest Virginia passed a resolution earlier this month in support of state legislation to “extend Medicaid coverage.”

In Virginia, expansion could mean health care coverage for 300,000 low-income adults and about $2 billion a year in federal funds.

Kilgore’s public announcement, first made in an op-ed in the Roanoke Times and in an interview on the John Fredericks Show, is the most telling signal to date that the GOP-controlled General Assembly is on track to pass a form of Medicaid expansion this year.

Some key GOP lawmakers, like House Speaker Kirk Cox, have softened their opposition to Medicaid expansion while not directly endorsing it. Cox has said he’s had several productive meetings with Democratic Gov. Ralph Northam on the issue.

Northam, a pediatric neurologist, has made Medicaid expansion a top priority of his new administration.

But passage is still far from assured. Blocking Medicaid expansion has been an article of faith for many Republicans, who have argued that its long-term costs were unsustainable.

“I’m not in favor of Medicaid expansion and that does not change one iota for me,” Senate Republican Caucus Chairman Ryan McDougle said.

“Right now, I haven’t seen anything that would make me anything but a ‘no.'” said Sen. Ben Chafin, a Southwest Virginia GOP lawmaker close to Kilgore.

Both chambers are set to release their proposed state budgets Sunday, which could offer clues about the debate’s direction. Most political watchers expect that if a deal is reached, it won’t be until near the end of this year’s legislation session in March.

Daesh Make ‘Friends’: Facebook Blamed for Introducing Terrorists to One Another

The deadly race to the South Pole