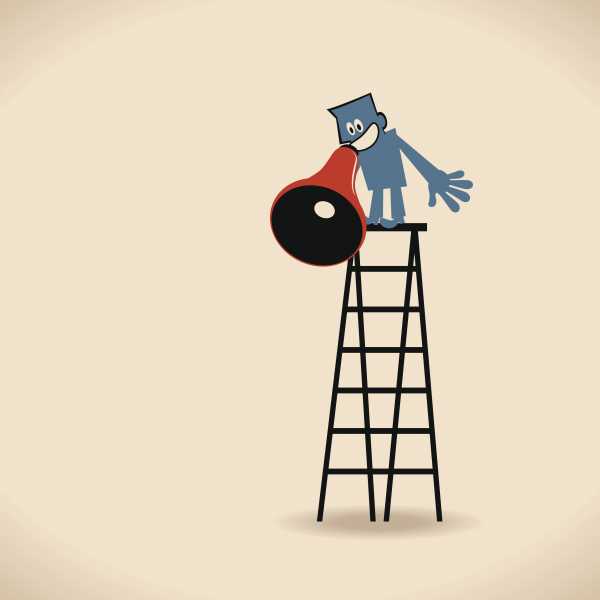 So often during a congressional hearing, when it comes time for a lawmaker to question a witness, they don’t ask a question at all. They grandstand, making a political argument for the people watching at home.

What’s common in Congress is now common in every public forum. On Twitter, Facebook, and Instagram, people are using social platforms to make themselves look moral (and therefore good). It’s status-seeking, not argument, and it detracts from the democratic goal of actually engaging in arguments in good faith.

In 2017, philosophers Justin Tosi and Brandon Warmke wrote in an essay in Aeon that moral grandstanding “leads people to adopt extreme and implausible claims, and it devalues public moral discussion.” In other words: it’s yet another reason why public discourse has grown so toxic in recent years.

That’s why, recently, Joshua Grubbs, a psychology professor at Bowling Green State University, and colleagues (including Warmke and Tosi), conducted a psychological survey assessing (among other things) a nationally representative sample on their tendency to grandstand.

One of the questions they asked is: “Do you agree with the following statement: When I share my moral/political beliefs, I do so to show people who disagree with me that I am better than them.” It turns out, a lot of people agree with that question, and others like it.

According to Grubbs, “We’re at a time where partisanship is high, where people are just being savage to each other on the internet.” And he hopes that through studying moral grandstanding, we can better understand why.

Their study, published in PLOSone in October, found some things that may not be surprising: for instance, the tendency that grandstanding is correlated with a narcissistic personality, and seems to be equally prevalent on both sides of the political aisle.

Recently, I talked to Grubbs over the phone about how moral grandstanding can be a good thing, how to deal with a grandstander, and the much harder question of how do we best vocalize our moral convictions in such a fractured age.

This interview has been edited for length and clarity.

How do you define moral grandstanding?

It was originally defined by the philosophers Brandon Warmke and Justin Tosi. They basically laid out the case that moral grandstanding is the use of moral talk to seek status or to promote oneself. It’s the use of important conversation — moral topics, or politics — with more of an end of boosting your own brand than it is advancing a dialogue.

Can we know if someone is moral grandstanding? Can you identify it in the wild?

This is where it gets really tricky. And we’re running studies now to directly test what you’re asking.

So I don’t have a full answer on that yet.

But we can ask people, “In general, why do you do this kind of behavior?” Or hey, “If you find yourself doing this, what do you think is the reason for it?” That’s the approach we took here.

We focused more on people reporting whether or not they tended to do this.

How prevalent is this self-reported moral grandstanding?

So in general, we think of people grandstanding along two dimensions.

There’s one dimension of just trying to be seen as exemplary for your group. Just having, not necessarily the right views, but definitely having respectable, esteem-worthy views. When we looked at the distribution, it seems that everybody does it a little bit, but a few people do it a lot.

The other dimension of grandstanding is more of trying to shame or attack or make the other side look bad. That particular type is less common, thankfully. There’re still a number of people that do it quite frequently but in general, most people engage in that behavior less.

Is it more prevalent among liberals or conservatives, or is it equal?

My first reaction to this phrase “moral grandstanding” was that it sounded like a bad thing. But maybe it isn’t. Is it a negative thing, positive thing, or is either the wrong way to think about this?

The philosophers would generally say moral grandstanding is bad because it’s an abuse of how we’re talking to each other.

I bristle at calling anything good or bad. My take on it is that it’s human. Humans want status. This is well established in the psychological literature. Humans want to be respected. They want to gain status, to gain rank in their social groups. So grandstanding is just a form of that.

The people who grandstand report more conflict in their life. But they also report they’ve grown closer to others over political and moral topics. In some senses, maybe it works: it alienates you from people who you don’t like, and draws you closer to people who you do like.

Can it be bad? Absolutely. There are people out there who are probably complete charlatans just trying to grandstand their way into some sort of financial benefit or social benefit.

There are other people who are grandstanding with generally good intentions. They’re trying to boost their own status by talking about things.

A lot of the big problems in the world, like climate change, have a real urgency to them. Can grandstanding help convey that urgency?

Whether or not grandstanding is an effective way of doing that is something we’re trying to figure out.

Does it lead to outrage fatigue? People might think they are raising awareness for something, but maybe people are just so tired of everything being important that nothing is important now. It’s unclear to me whether that’s happening, but I think it’s possible It’s also possible that grandstanding is also raising awareness for things that really matter. So figuring that out is really where we want to go next with this.

How to deal with a (suspected) moral grandstander

So let’s say I have relatives or friends I might be seeing this week for the Thanksgiving holiday and they get on the soap box. What’s your advice?

I think it’s extremely hard to tell whether or not someone is grandstanding. Frankly, most of us don’t even have that insight into ourselves.

I think that our best bet is if we think something looks like grandstanding, we just need to take a moment and move on, let it go. The best way to express our distaste with grandstanding is probably just not to engage with it at all.

Truthfully, the take home of our research on this is not to be so concerned about what other people are doing, and to be more thoughtful about whether or not you’re doing it. You’re out there accusing someone else of grandstanding, I’d say you’re missing the point that we’re trying to bring forward. That we need to be more concerned about our own motivations.

How can a person monitor their own grandstanding?

When you’re sharing an opinion, ask yourself, “Why am I sharing this?” I’m not suggesting don’t share it. I’m just saying add one little step in there. Ask why do I want to share this, and think about it for a few minutes, and then see what happens.

Can you be a good defender of morals without grandstanding?

So I would argue yes. The philosophers definitely argued yes, that the moment that status becomes the goal, you’re no longer defending the moral, you’re defending your status.

My take would be a little bit more nuanced. I would probably say that when we’re allowing our status-seeking impulses to run through the conversation, we start to maybe stray from the actual thing that matters the most to us, which is this moral piece that you’re arguing for.

So I think sharing your morals and arguing for the point of those themselves is valuable. It’s just a matter of making sure that our motives are aligned with the goal of advancing this conversation of maybe converting someone, maybe helping them understand what we’re seeing.

I wonder if there’s a question that lies beneath this: How does someone be a good citizen today? There’s so much disinformation. There’s so much confusion. Maybe it’s helpful to be clear about where you stand, and to say it often.

I think it’s tricky and it goes beyond what our data currently shows. But stepping beyond that, I think that there is value in people knowing where you stand on a lot of issues. But I also think that there’s value in having some spaces and certain domains where we don’t have to know where everything is, everyone’s standing.

I don’t want to take this for granted, but why? Why do we need to forget about the things that divide us?

At the end of the day, if we search hard enough, we can find deep ideological differences between ourselves and almost anyone else. We all have a lot of things that can divide us, that is undoubtedly true. And fundamentally as human beings, we probably have more in common than we’re willing to admit sometimes.

I’m not suggesting that you just go pal around with people that want to deny your existence if you’re a member of a minority group or an oppressed community. That’s a separate issue.

But in general, I don’t think that we have to make every single conversation about identifying where we agree and disagree.

Is it maybe even hard to come to agreements with people if you don’t foster some type of connection?

Is there an argument that maybe being a good citizen these days includes being that person at a party who is bringing up something uncomfortable? Because people need to be faced with uncomfortable things more often? And that civility is overrated because civility keeps the status quo. Civility enables the patriarchy or racism, for instance.

I think that it’s a complicated big issue that there aren’t any straightforward answers to, unfortunately. It’s frustrating. A lot of times when we talk about our work, people are like, what can we do to fix this? I don’t know if there’s one answer to that. I think being a good citizen in a politically tumultuous time … I don’t think that there’s a script for what to do to do it right.

Ann Reinking on Her Life as Bob Fosse’s Muse, Lover, and...

Can 3 business titans cure the US health care system?