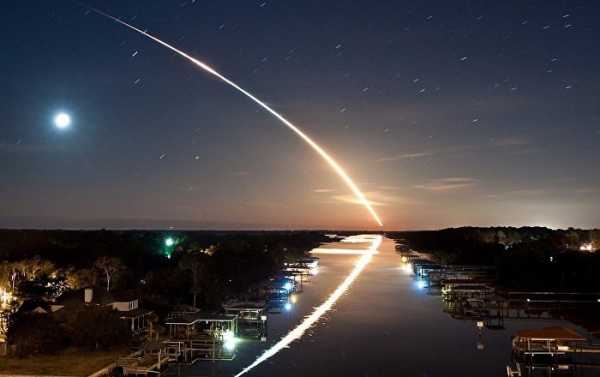 UK scientists are making progress in tracking meteorites that enter Earth’s atmosphere after a network of cameras successfully captured their first fireball.

The UK Fireball Network, led by researchers from the University of Glasgow and Imperial College of London, celebrated a milestone moment on February 16 as cameras stationed in the cities of Lincoln and Cambridge spotted a fireball that later broke apart and sprinkled meteorites into the North Sea.

“Meteorites provide scientists with invaluable insights into other planets and our solar system,” said University of Glasgow professor and co-leader of the UK Fireball Network Dr. Luke Daly in a news release from the school.

While the materials from the February 16 event would be difficult to locate after landing in the sea, scientists hope that they will be able to use the cameras to accurately track the trajectories of future fireballs and meteorites.

“It was very exciting to capture our first images of a fireball caught by two of our observatories, although it was obviously disappointing that the material it dropped fell into the sea. When we do catch sight of a fireball dropping meteorites on land, we’ll need the help of volunteers to help comb the countryside to find them,” Daly said.

The UK-based observatory, which plans to place at least 10 cameras around the country, is just one arm of the Global Field Observatory – headquartered at Australia’s Curtin University. There are a total of six cameras set up so far throughout England, Scotland and Wales.

The release noted that Curtin University’s Desert Fireball Network – which operates dozens of cameras around Australia – has been successful in observing “numerous” meteorites around the Outback.

The US got Canada to arrest a top Chinese tech executive

‘Jamie Malone has been a gent’ – Tipp selector Shane Stapleton...