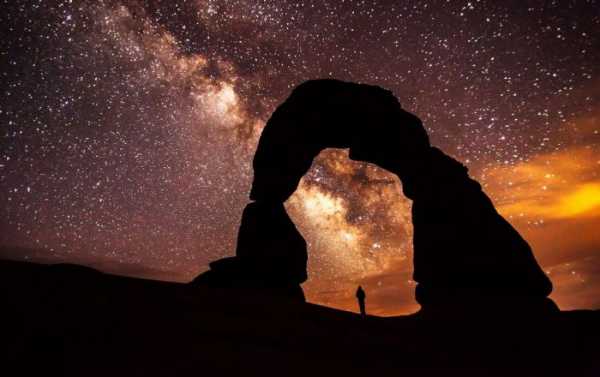 Astronomers believe that our Milky Way galaxy, approximately 13.6 billion years old, has ingested many smaller galaxies over its lifetime, however, it has previously proved difficult to determine the precise time at which these mergers occurred.

A star visible from Earth with the naked eye has revealed a fascinating story dating at least that our Milky Way swallowed up a smaller galaxy at least 11.6 billion years ago, according to a study recently published in Nature.

Main author of the paper “Age dating of an early Milky Way merger via asteroseismology of the naked-eye star ν Indi” is Bill Chaplin of Birmingham University. He and a list of co-authors, affiliated with the Stellar Astrophysics Centre (SAC) at Aarhus University, Resorted to a novel approach by applying the forensic characterisation of a single ancient, bright star called ν Indi to probe the history of the Milky Way.

The research revealed a population of stars accreted after the collision of a dwarf galaxy, called Gaia–Enceladus1. The impact had resulted in “pollution” of the chemical and dynamical properties of the Milky Way.

The team measured oscillations of ν Indi, which is viewable from the Southern Hemisphere and used the results to date the collision between the Milky Way and another dwarf galaxy.

NASA’s Kepler space telescope, shown in this artist’s concept, revealed that there are more planets than stars in the Milky Way galaxy

ν Indi, according to research, was born early in the life of the Milky Way, but after its impact with the galaxy – named Gaia-Enceladus – it was pushed from its original orbit in the Halo of the Milky Way into a dramatically altered trajectory.

He added: “That is how we have been able to use the asteroseismically-determined age to place new limits on when the Gaia-Enceladus event occurred.”

Astronomers believe our Milky Way swallowed Gaia-Enceladus somewhere between 11.6 billion and 13.2 billion years ago – after ν Indi was formed, since the star carries traces of having been heated by the collision.

A previous study, in 2019, had estimated the impact as about 10 billion years ago.

V Indi is estimated to be just under 100 light years away, in the constellation of Indus, and as a southern hemisphere constellation is visible south of the equator, in countries such as Australia, Africa and South America.

Research typically regards stars like v Indi as “fossilised records” of information about their past due to their long-lasting vibrations.
Astronomers claim that our own Milky Way galaxy, estimated to be 13.6 billion years old, has swallowed up many smaller galaxies. However the dating of these collisions proved to be challenging.

Researchers now conclude that the galactic merger of Gaia-Enceladus and the Milky Way most likely began as long ago as 13.2 billion years, which in relative terms makes the pre-merger Milky Way short-lived.

“Understanding that is now a very hot topic in astronomy, and this study is an important step in understanding when this collision occurred.”

Professor Chaplin also pointed to the potential of asteroseismology with TESS, and hailed today’s variety of cutting-edge data available on “a single, bright star”.