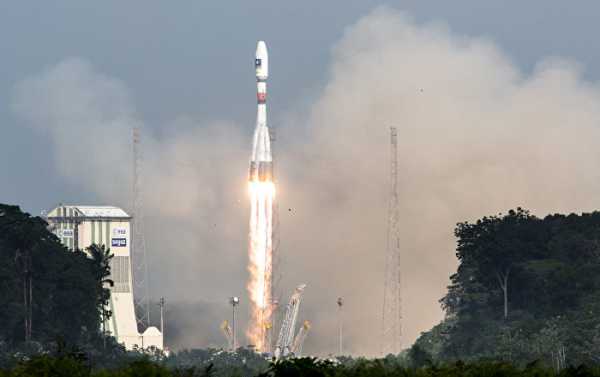 Russia’s Soyuz-ST carrier rocket had to undergo several replacement operations, as faulty equipment caused the launch, initially scheduled for Tuesday, to be delayed.

An Arianespace Soyuz rocket, that is scheduled to launch a Cosmo-SkyMed (COnstellation of small Satellites for the Mediterranean basin Observation) satellite for the Italian Space Agency and the Italian military, takes off from Kourou, French Guiana.

In addition, three auxiliary payloads are to be deployed on Flight VS23: EyeSat and ANGELS, for the French CNES space agency, and OPS-SAT, for Tyvak on behalf of the European Space Agency.

The satellites are designed for both military and civilian purposes, including seismic hazard analysis, environmental disaster monitoring, and agricultural mapping.

How “Neon Genesis Evangelion” Reimagined Our Relationship to Machines |

How will 2020 Democrats deal with jobs eliminated by artificial intelligence?