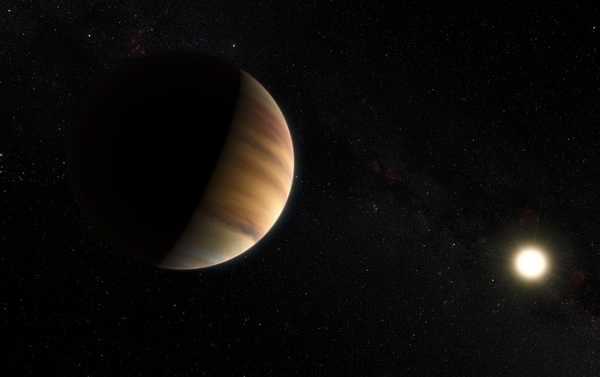 The Nobel Prize in physics this year is split between two very different classes of discovery. Taken together, both sets of discovery help us understand the universe is bigger, stranger, and filled with more mystery than previously appreciated.

One half of the $909,000 award goes to James Peebles, a theoretical cosmologist and professor emeritus at Princeton University, for his insights that led to the profoundly important conclusion that we have no idea what 95 percent of the universe is made of.

Their initial discovery has led to an explosion in exoplanets (planets in solar systems beyond our own) discoveries. There are now 4,000 known exoplanets, with more being discovered all the time. Each is a new chance to understand the diversity of planets that inhabit the cosmos and a new chance to look for a world that looks like our own, possibly containing life.

Peebles is receiving the Nobel for decades of work describing the composition and structure of the early universe and for using those insights to describe how the universe looks today.

One of the most consequential insights that comes from his work is the fact that matter, including planets, stars, and gas, only comprises 5 percent of the total mass and energy in the universe. That is, we only really know what five percent of the universe is made out of.

Scientists weighed all the mass in the Milky Way galaxy. It’s mind-boggling.

The rest is comprised of two mysterious forces: One is dark matter, a substance that acts like a gravitational glue keeping galaxies from falling apart. (The discovery of dark matter originates with the pioneering physicist Vera Rubin, who famously, frustratingly, never won a Nobel before death made her ineligible for one.) The other force is dark energy, which powers the expansion of the universe and pushes galaxies apart.

Another of Peebles’s contributions to cosmology is making accurate predictions of the structure of the cosmic background radiation. You can think of the cosmic background radiation is the first light we can see from the dawn of time. It doesn’t come right from the big bang — at that time the universe was too dense for light to move freely in it — but from a period 400,000 years after it. 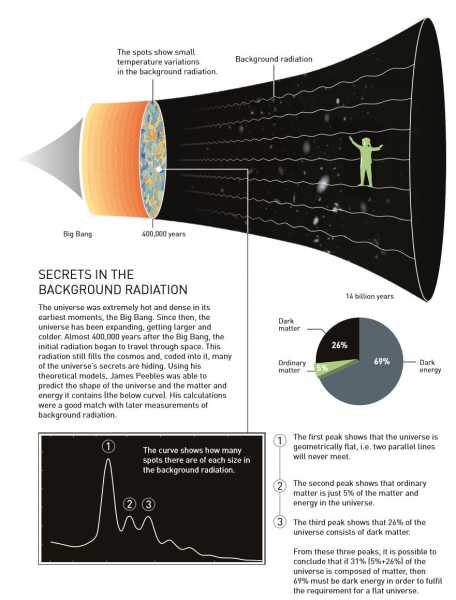 “Peebles realised that the radiation’s temperature could provide information about how much matter was created in the Big Bang,” the Nobel committee says in a statement.

In 1995, Mayor and Queloz discovered a planet orbiting a star beyond our own

Mayor and Queloz, the other winners, made their discovery by simply looking at a star with a special type of telescope. In 1995, they were observing a star in the constellation Pegasus (specifically, 51 Pegasi) and noticed it wobble. 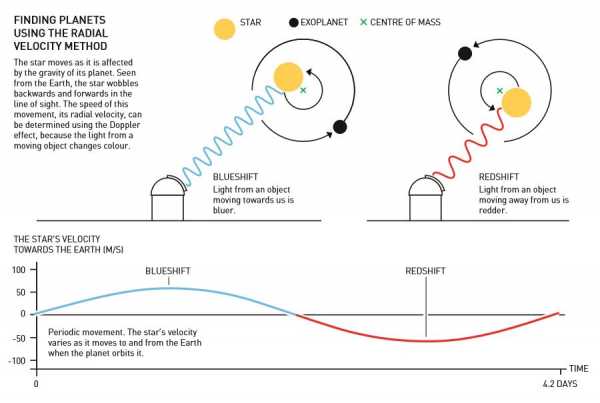 “At that time I didn’t think at all it was a planet,” Queloz told the Guardian. “I just thought something was wrong.”

But Mayor and Queloz eventually figured out that what was pulling on the star was a planet with about half the mass of Jupiter. The planet is called 51 Pegasi b. It’s too small for astronomers to see directly with a telescope. But its gravitational influence on its home start is unmistakable.

Unexpectedly, the astronomers found that 51 Pegasi b only takes four days to complete an orbit around its star. Astronomers hadn’t expected to find a planet so large orbiting so quickly and closely to its star. That insight alone was a discovery of a new type of planet, dubbed a “hot Jupiter.” (Basically, think of a gas giant like Jupiter and put it closer to the sun.) In a single discovery, astronomers suddenly knew of a whole new class of objects in the cosmos.

This wasn’t the first exoplanet discovery. A team in 1992 found a pair of planets orbiting around a pulsar. But Mayor and Queloz discovered the first planet orbiting a conventional star. And that led to many more discoveries.

Now, these planets are found all the time. Some are found via the method mentioned above. Other planets are found by observing stars and recording when they dim slightly — the light of a planet dims slightly when it crosses the path of a star. Astronomers can study the quality of that light and work out the size of the planet that crossed it as well as its distance from the star.

Astronomers are most keenly searching for planets in a star’s “habitable zone” — a distance from the star where liquid water could conceivably exist.

In 2018, NASA launched TESS — Transiting Exoplanet Survey Satellite — into space to specifically look for even more planets. Each new planet we discover gives us a greater sense of what’s possible out there in the universe. And there are so many worlds yet to be discovered.