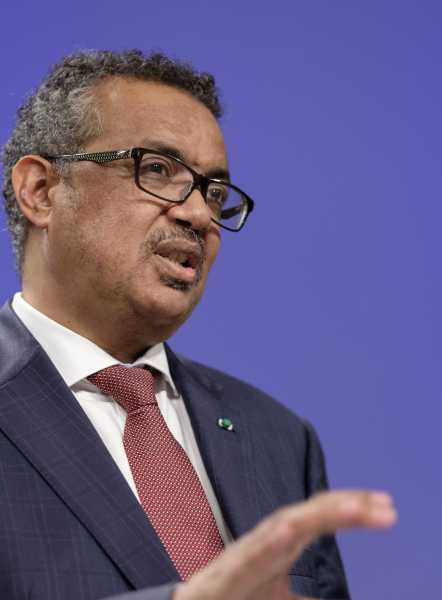 On Saturday, the World Health Organization issued an unusual news alert: It essentially chastised the government of Tanzania for not responding to requests for information about possible Ebola cases within its borders.

Amid an Ebola outbreak in the Democratic Republic of Congo, WHO said that it learned — through unofficial channels — about three recent cases in Tanzania. The country took four days to respond to WHO’s initial ask, eventually denying that it has identified any Ebola cases and declining to share the particulars of its investigation.

Ebola is a “notifiable disease,” according to the International Health Regulations, an international treaty that governs global health emergency responses. Under the IHR, WHO member countries are supposed to report cases of notifiable diseases to WHO within 24 hours of identifying them. Countries are also obliged to share details of their investigations, and even lab tests, with WHO for validation.

Tanzania is a World Health Organization member, but it didn’t follow protocol, the organization says. “Despite several requests, WHO did not receive further details of any of these cases from Tanzanian authorities,” the news alert stated.

If Ebola did make its way to Tanzania, it wouldn’t be entirely surprising. The outbreak in nearby DRC has lasted more than a year, killed over 2,000 people, and already spread to Uganda. That’s why the WHO has been urging countries in the region to get ready for potential outbreaks.

But the fact that the World Health Organization has gone public about its concern over Tanzania’s potential Ebola cases is significant. “It shows how seriously the WHO is taking the possibility of Ebola cases in Tanzania,” Tom Inglesby, director of the Center for Health Security of the Johns Hopkins Bloomberg School of Public Health, told Vox, “and how much of a priority they are placing on full transparency about the identification of cases.”

A WHO spokesperson said the agency “is mandated by the IHR to inform member states of issues of concern. It is also committed, via its constitution, to help countries respond to health emergencies.” But without more information from Tanzania, doing so will be difficult.

There’s another cause for concern: One of the major reasons West Africa’s 2014-2016 Ebola epidemic became the largest in history was that the virus turned up in countries that had never been affected by Ebola. Doctors were caught unaware, health officials were mostly untrained in handling the virus, and members of the public had to be educated on minimizing their risk amid circulating Ebola. Tanzania — home to several of Africa’s largest cities — would be another country that’s never battled Ebola. If it has been hiding cases, this could be the start of another challenging, deadly outbreak.

What led WHO to go public about Tanzania’s possible cases

In the World Health Organization’s news alert, the agency described a series of attempts at trying to get information from Tanzania about possible Ebola cases, and the Tanzanian health authorities’ repeated unwillingness to comply.

According to the World Health Organization spokesperson, as of Monday, the situation hadn’t improved. “Despite several requests, WHO has so far not received the information required to fully assess the potential risk posed by this event,” they said.

It’s possible there are no cases in Tanzania. It’s also possible they’re hiding patients, potentially for fear of travel and trade repercussions. Either way, there’s no way to know for sure right now. As Inglesby said, “It’s the ambiguity that’s a very serious matter internationally.”

ISS Crew Returns Safely From Space Back to Earth (VIDEO)