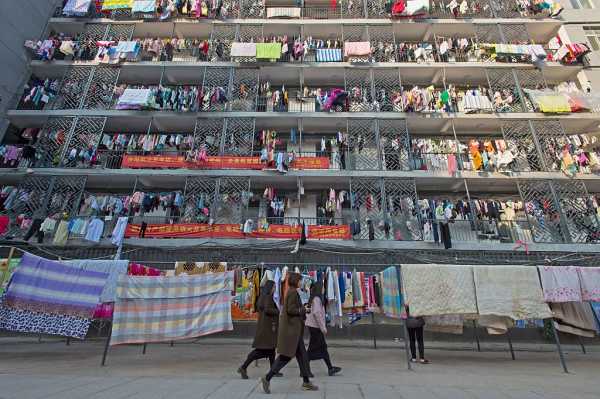 There’s a mysterious outbreak in China causing dozens of people to fall sick with pneumonia, a serious respiratory infection that’s commonly triggered by the flu virus.

What sets this pneumonia outbreak apart: The pneumonia is caused by a yet-to-be-identified pathogen. And the outbreak has been linked to a food market, where vendors peddle seafood and animals, such as birds and rabbits.

So far, the infection doesn’t appear to be spreading from person to person. This could mean a new disease has made the leap across species, from animals to humans, according to the World Health Organization’s first update on the outbreak, released Sunday. The details are reminiscent of the SARS scare in the early 2000s. SARS, a deadly respiratory virus, was first discovered in China in 2003, when it jumped from civet cats to humans. It then spread to two dozen countries and eventually killed 774 people and infected more than 8,000.

The new outbreak was first identified on December 30 in Wuhan, a mainland city of 19 million and the capital of Hubei, one of China’s most populous provinces, according to a January 5 update from Wuhan’s municipal health commission. To date, there are 59 cases in the city. Seven of the patients are seriously ill, and no one has died. Separately, Hong Kong has reported eight possible cases.

Pneumonia, an infection in the lungs, can be caused by a variety of organisms — bacteria, fungi, viruses, even parasites. The lungs’ air sacs become inflamed, and fill up with fluid or pus instead of air. People with pneumonia can experience a wide range of symptoms, from the very mild to the deadly, including cough, fever, fatigue, chills, loss of appetite, headache, and shortness of breath.

In the case of the Wuhan outbreak, the main symptoms reported are fever followed by difficulty breathing, the WHO said. In chest X-rays, patients appear to have lesions in both lungs.

Though health officials in China have ruled out seasonal flu, bird flu, SARS, and MERS, it’s still possible that a routine respiratory virus — not a novel pathogen — is triggering these pneumonia cases, said Marion Koopmans, who studies emerging infectious diseases as director of the department of virology at Erasmus Medical Center in Rotterdam.

Viruses like seasonal flu can fade from the body before pneumonia symptoms set in, Koopmans explained, so that may be why it’s gone undetected. It’s also possible that a bacterium in the market has been sickening people, like avian chlamydiosis from birds, or leptospirosis spraying from the market’s cooling systems. “It takes time to really fish out what is going on,” she said.

In the SARS outbreak of 2003, China was criticized for withholding information about the outbreak for too long. “Things were going on for a couple of months before it became clear [outside of China],” Koopmans said. By contrast, with the Wuhan outbreak, China’s publicly reporting a cluster of patients still under investigation. It’s also reassuring that the country now has set up a state-of-the-art system for investigating outbreaks, Koopmans added.

Still, Koopmans would like more information about exactly how diagnostic tests are being performed, and diseases ruled out. “We have to give them time to investigate but it would be good if there were some more pieces of information.”

Wuhan hasn’t released details about the ages of the sick just yet, but said the earliest symptoms appeared December 12. That means the outbreak — at least based on what’s known right now — started relatively recently. Chinese health officials also said some of the patients — without specifying how many — worked at South China Seafood Wholesale Market, where fish and wild animals are sold.

The WHO says it’s requested more data from China’s health authorities. So far, the agency isn’t recommending any travel or trade restrictions on China, or specific precautions for travelers. “In case of symptoms suggestive of respiratory illness either during or after travel, travellers are encouraged to seek medical attention and share travel history with their healthcare provider,” the WHO said in its statement.

The US Centers for Disease Control and Prevention issued a level one travel advisory, the lowest level alert, advising travelers to Wuhan to “avoid living or dead animals, animal markets, and contact with sick people.”

While health officials in China try to figure out what’s causing the disease, they’re also working to prevent further spread. All the known patients are in isolation, and 163 contacts of the sick in Wuhan are being followed to see if they come down with symptoms. The government has already shut down and decontaminated the seafood market where some of the patients worked.

Hong Kong has begun temperature screening inbound train passengers from Wuhan. Countries around China, including Taiwan and Singapore, have started to take precautions, too, implementing temperature screening at airports. Already, there’s a potential case in Singapore. The Ministry of Health said a 3-year-old girl with pneumonia, who had a history of travel to Wuhan, is in isolation. It’s possible her sickness will be a case in the mystery outbreak; it’s also possible it won’t be, and that the mystery virus is simply seasonal flu. It’s still early days.

5 things we learned from the opening round of Six Nations...

Atletico Madrid ‘initiate procedures’ to get another €80m from Barca for...

80,000 plus fans pay tribute as Limerick’s All Ireland-winning team return...

The hunt for Baghdadi ended, but the war against ISIS will...