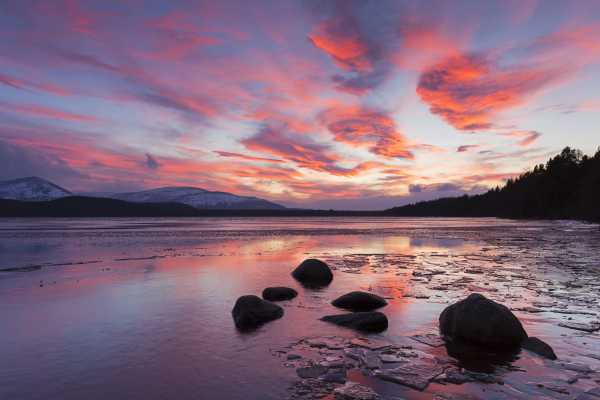 Lately, as temperatures have dropped, the sunsets at Vox’s Washington, DC, office have been remarkably beautiful.

Near dusk, intense coral pinks, reds, and peachy oranges have draped the horizon. Amid the colors are clouds that look like falling sheets of fabric, floating as if they are trying to assemble a parachute for our sinking star.

It occurred to us that since the days have become shorter and sunsets are occurring earlier in the day, we just have more of a chance to notice them at work.

But we also had to wonder: Is it possible that late fall and winter sunsets are just … better?

It turns out sunsets are, in fact, better during the colder months of the year, according to NOAA meteorologist Stephen Corfidi.

Corfidi says peak sunset season for the middle latitudes (think the Northeastern United States) is November through February, and it has to do with the confluence of a few meteorological factors. Sunsets, he says, aren’t enhanced by smog pollution (despite the conventional wisdom). That is, unless you like hazy sunsets.

Corfidi works in storm prediction, but has a lifelong fascination with the science of sunsets. He first got interested in meteorology, he says, because of sunsets. “I liked the way the sky changed day to day,” he says. Every day brings a new sunset, and he wanted to know why.

Of course. Beauty is subjective. For me, (and for Corfidi), a beautiful sunset is one that’s vibrantly colored. “The fancy word would be ‘spectrally pure,”’ he says, with reds and oranges that look like they’ve been picked out of a box of Crayola crayons. Some people may like more muted sunsets, and that’s fine.

But before we explain why winter sunsets are so good, let’s look at how we get these beautiful late-day colors any time of the year.

Sunset colors are created by a phenomenon called Rayleigh scattering. It’s the same phenomenon that makes the sky appear blue during the day.

Sunlight contains all the colors of the rainbow. But not all the colors reach the ground in the same concentration. Nitrogen and oxygen molecules in our atmosphere act as little mirrors for blue and violet light, in particular. That means not as much blue or violet light reaches the ground. Instead, it bounces around in our atmosphere, creating the blue dome of sky we’re all so familiar with.

It makes a little more sense when you see a diagram.

At sunset, light has to travel through a greater distance of atmosphere to reach our eyes — so even more blue light, and even some green and yellow light, gets filtered out. That leaves us with the warmer hues of the visible light, the reds and oranges, and it’s why many sunsets look like fire.

But why are they seemingly more saturated during the colder months? “Those colors are associated with certain atmospheric conditions,” Corfidi says.

When it’s colder out, it’s generally less humid, meaning there’s less water vapor in the air. But the explanation for why low humidity produces better sunsets is a bit indirect.

Even sparkling clean air isn’t “pure.” It’s filled with tiny particles called aerosols. These can be chemicals naturally produced by trees, they can be from the wind kicking up dirt and dust into the atmosphere, or they can be from man-made pollution sources. These aerosols are hydroscopic, “which is a fancy way of saying water vapor molecules adhere to a lot of these particles,” Corfidi says.

When these aerosols attract water vapor, they swell. “As they enlarge, they become like any object you see with your naked eye,” he says. That is, they block the view.

“They’re essentially acting like a paper napkin in the air, they’re scattering the light,” he says. “They’re reducing the intensity of the light, and they are reducing the spectral purity.” (Some people think that smog and pollution make for better sunsets, he says, but this is a myth. Also: Some people just might like the gauzier sunsets produced by occluded air. )

Making things even better in the winter: A lot of the air we’re breathing in has descended down from the Arctic, where there are fewer trees and industrial activities to produce aerosols. So not only is the air clearer due to low humidity, it’s also a bit clearer to begin with.

But that’s not all.

Twilight lasts longer closer to the solstices. So those pure colored sunsets linger.

One last thing: The clouds may be more conducive to beautiful sunsets in the winter. “In the winter time, it’s more likely you’ll get well defined cloud systems,” he says, the result of a stronger temperature gradient between the north and southern latitudes, and a stronger jet stream. After a day or two of clouds, or rain, or snow, and these weather systems move westward, they set up conditions for stunning sunsets draped by clouds.

We look at the sunset in the western sky, they provide a theater-like backdrop for the sun. Those clouds can then reflect hose beautiful warm hues back to our eyes, intensifying the experience.

Part of the beauty is in the surprise

Given all these variables, I wondered: Can great sunsets be predicted? You can predict them, Corfidi says, with data on humidity, and an understanding of where clouds will be positioned near sunset.

But maybe we shouldn’t.

Part of the beauty of a sunset is being caught off-guard, being surprised, delighted, and dazzled toward the end of the day. “I think the serendipity is kind of fun part.” 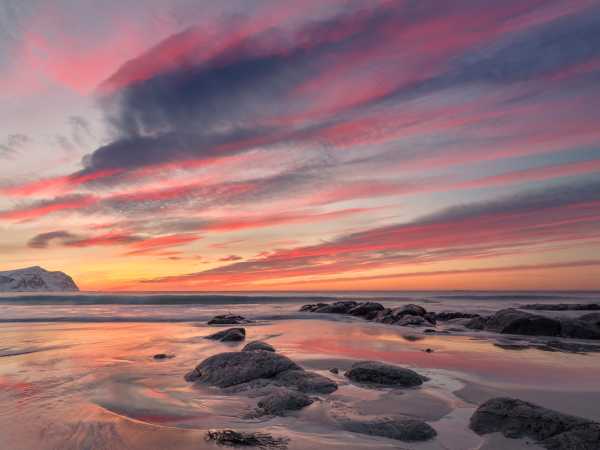 Luis Enrique selects only one Barca player for Spain squad

Bannon to France’s National Front: ‘Tide of History Will Compel Us...

‘Standing Together Against Threat From East’: UK Backs NATO 2030 Agenda