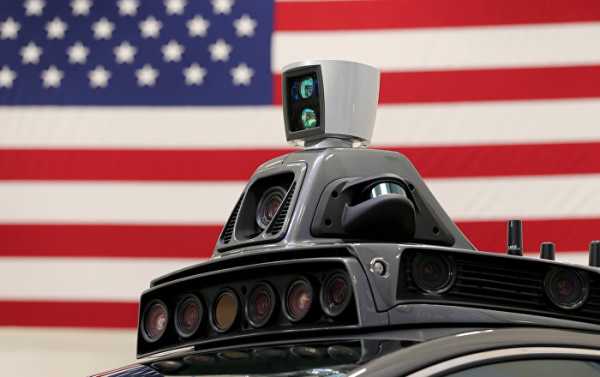 Technological progress doesn’t rest on its laurels. US-based transportation network Uber has made another step to simplify people’s lives by patenting a new technology for its self-driving cars.

The outlet compares the prototype of the vehicle with “the Las Vegas Strip,” as it should have strong highlighting in order to compensate for the absence of a human behind the wheel.

Commenting on the application, Uber’s product designer Sean Chin said that “in the real world, when there’s a human driver, they’re usually not shouting out the window, ‘Hey I’m slowing down now.’ There are subtle things you can do, like a head nod or flashing lights. And while we don’t have a final implementation, what we’re considering is what is a new language we can create to give people that information.”

​Uber began testing its self-driving cars in the US city of Pittsburgh back in May 2016, while customers received access to the service the same year, in September.

Goodbye Greenback? Japan and China Sell Off Their US Treasuries