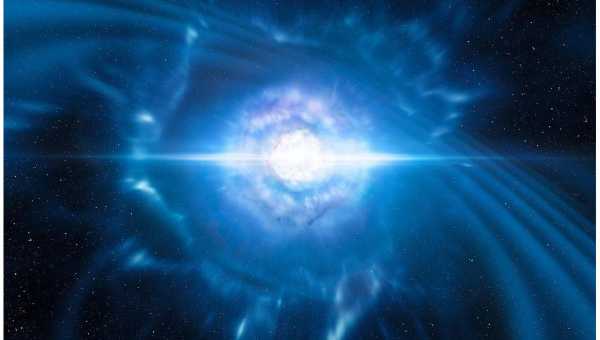 The system known as V Sagittae, or V Sge, is set to become the most luminous point in our galaxy around 2083, astronomers predict. It is dim now but already intense, throwing a stellar wind comparable to the most massive dying stars. The “death-spiral” will climax with a merger of its white dwarf and its companion star – and a striking blast.

The star system V Sagittae is set to burst into a “nova” around 2083, becoming the Milky Way galaxy’s brightest point, which can even outshine Sirius, The Independent reports. The outlet cites a study led by astronomer Bradley E. Schaefer from Louisiana State University who says they strongly predict that “over the next few decades, the star will brighten rapidly” amid its dramatic “death-spiral.”

V Sge is part of the so-called “Cataclysmic Variable”, which is a normal star, orbiting around a white dwarf and dropping its mass gradually as the gas falls from the bigger companion. But this example is said to be the most extreme CV known, shining 100 times brighter than any others. Although it is still hard to see with a telescope from Earth, it has been getting brighter over the past century, as astronomers have confirmed with historical data.

The process will continue until it reaches a dramatic climax in the last days of these stars, which will merge into one with a white dwarf core.

“Now people the world over can know that they will see a wondrous guest star shining as the brightest in the sky for a month or so, being pointed at by the Arrow just below Cygnus, the Swan,” Schaefer explained.

The Gospel-Inflected Opera of John Holiday |

3-Day Ceasefire in Afghanistan to Continue for Another Week – Reports