Home Sport Argentina on brink of World Cup exit: Where did it go wrong? 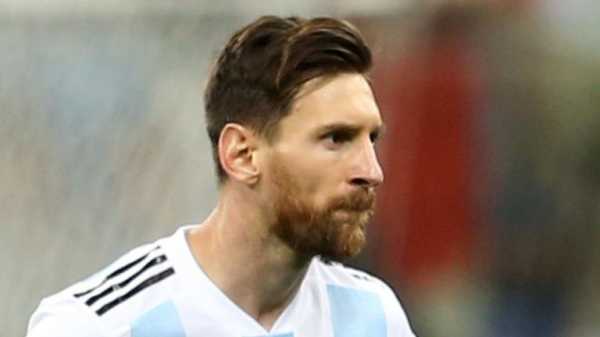 Argentina are on the brink of a World Cup exit following their 3-0 defeat to Croatia. Adam Bate looks at where it went wrong for Lionel Messi and the rest.

The warning signs were evident to viewers all around the world when the camera panned down the line of Argentina players and reached the team’s captain. Lionel Messi’s hand was on his head. He looked stressed. A man burdened by the weight of expectation. If there was a sense of foreboding it was more than justified by what was to follow.

Argentina were awful in their 3-0 defeat to Croatia. It was not just that they played poorly, this was a team paralysed by fear and playing without any belief in what they were doing. Willy Caballero’s woeful mistake for the opening goal was the catalyst for them to unravel but – as bad as the error was – the collapse always felt like it was coming.

Argentina are on the brink. For the first time in World Cup history, they have gone four games without a victory. If they can break that sequence against Nigeria on Tuesday, Jorge Sampaoli’s team could yet reach the knockout stages. But given the disorganised rabble that they have become, it feels far from inevitable that Sampaoli will last that long.

How did it come to this? Not only are Argentine blessed by the presence of arguably the game’s greatest player in their squad, but in Sergio Aguero and Gonzalo Higuain they boast two of the best strikers in the world. Paulo Dybala is a special talent too. All made it onto the pitch on Thursday night but barely fashioned a chance between them. 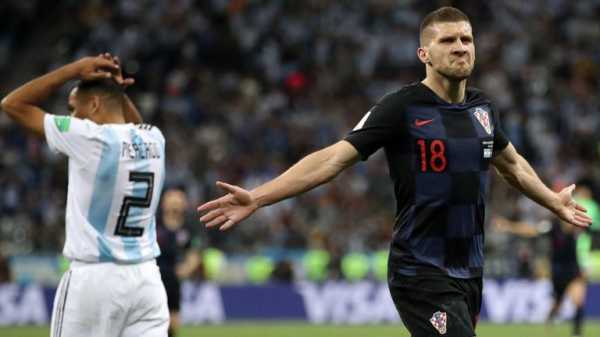 Much of the blame must lie with Sampaoli. He has had twelve months in which to settle upon a formation and a style of play that can bring out the best in this group of players. Against Croatia, even a basic defensive structure appeared beyond him and his team as they found themselves exposed down the flanks right from the outset.

Perhaps Messi’s mood at kick-off can partially be explained by a sense of unease with the tactical decisions of his manager. He is believed to favour the four at the back system that Sampaoli went with in the opening game against Iceland because he feels that the 3-5-2 formation denies him the space in which he needs to work.

Despite the disappointment of that draw in the opening game, Messi did manage to fire off 11 shots against Iceland – still more than anyone else has managed in total at this World Cup. Against Croatia, he was restricted to just one. After getting 116 touches of the ball against Iceland, he got hold of it on only 49 occasions this time around. 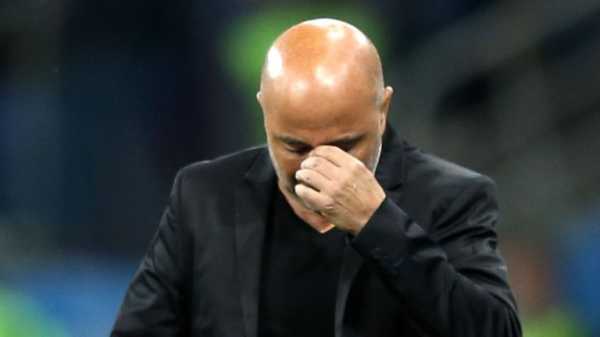 Sampaoli changed the system, reverting to the back three that Messi had expressed concerns about and which was exposed so horribly by Spain in a 6-1 friendly defeat back in March. Perhaps he felt that it made sense to trust his instincts – to attempt to implement the pressing game that had earned him this opportunity in the first place.

But with Messi high up the pitch, his star player found himself reliant on service that did not come. The quality from deep was absent, particularly given that Ever Banega was left on the bench, and that was a huge problem. At times, Messi was stood waiting to receive simple passes but the players did not seem to trust in their ability to thread the ball through.

Maybe that should not come as a shock. Only three of Messi’s nine outfield team-mates play in Europe’s major five leagues and one of those is Aguero who saw even less of the ball than the captain. Marcos Acuna, Maximiliano Meza and Nicolas Tagliafico have only a handful of caps between them and looked a level below what was required. 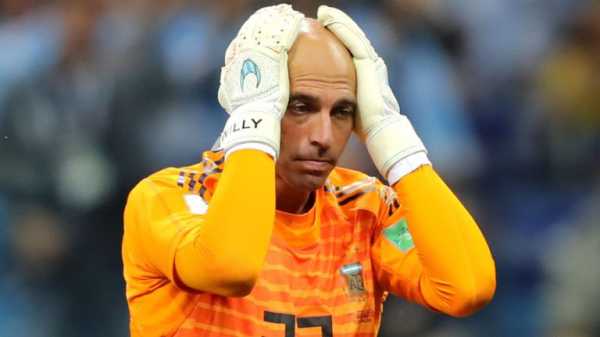 Sampaoli had agonised over his setup but not only has he failed to deliver a cohesive structure, he appears to have left the team short on quality too. Higuain was introduced eventually but only at the expense of Aguero. The shape stayed the same. By the time that Dybala was thrown on it was clear that any semblance of that shape had been abandoned.

It is difficult to see a way back from here. Indeed, when the final whistle blew it felt like the end already. Argentina could yet lurch on but it can be with little hope and while the supporters in the stadium seemed in a state of shock, deep down few will feel this result has come completely out of the blue. Perhaps most revealingly of all, neither will Messi.

Some 70% of UK Sports Institutions Attacked by Hackers, Cybersecurity Centre...

Fight for European Football, Avoiding Relegation to Go Down to Last...