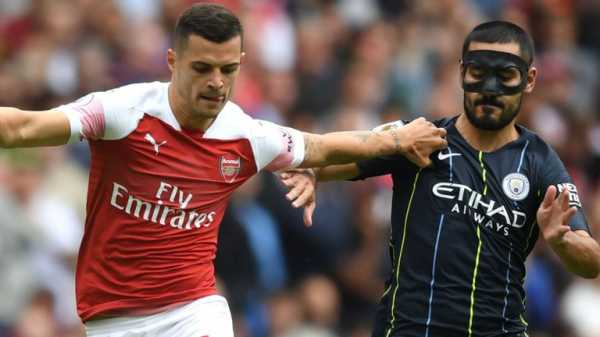 ​​​​​​​Arsenal’s 2-0 loss to Manchester City highlighted the work ahead for Unai Emery, writes Nick Wright, but there were positive signs too…

“To the next chapter,” read the banner on display at Emirates Stadium. Arsenal supporters had been in excited mood ahead of Unai Emery’s first Premier League game in charge, but for all the optimism in the build-up, the new era began with a defeat which showed the size of the task facing the new head coach.

Of course, the scoreline should not come as much of a surprise. There were 37 points between Manchester City and Arsenal last season. Pep Guardiola’s starting line-up may have been without Kevin De Bruyne, but his squad has a far greater depth of talent than Arsenal’s. Guardiola has had two years to get his ideas across. Emery has had two months.

That difference was clear in a one-sided first-half. Injuries to Sead Kolasinac and Nacho Monreal forced Emery to call on Ainsley Maitland-Niles at left-back, and the youngster, a natural midfielder, struggled badly against Riyad Mahrez and the overlapping Kyle Walker as City pinned the home side back in their own territory. 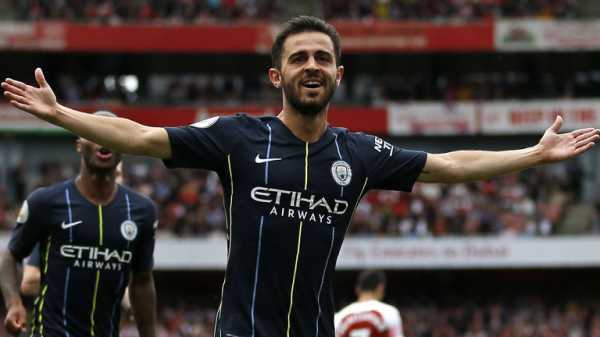 Arsenal were already a goal down by the time Maitland-Niles went off injured in the 35th minute, and Raheem Sterling’s opener had exposed another young player. Matteo Guendouzi is an exciting prospect who showed impressive character in tough circumstances, but he was not close enough to Sterling for the goal and it was not his only difficult moment.

Perhaps it was too much, too soon. This time last year, Guendouzi was an unused substitute in a Ligue 2 meeting between Lorient and Gazelec Ajaccio. A Premier League debut against the reigning champions was a huge step up, but Lucas Torreira was not deemed fit enough to start and Emery is likely to be more concerned by the displays of some of Arsenal’s senior players regardless.

Granit Xhaka, Shkodran Mustafi and Mesut Ozil all showed familiar flaws, and they were not the only ones who struggled. Petr Cech made some fine saves but he looked deeply uncomfortable with Emery’s emphasis on building from the back, repeatedly landing his team-mates in trouble and at one point almost passing the ball into his own net. 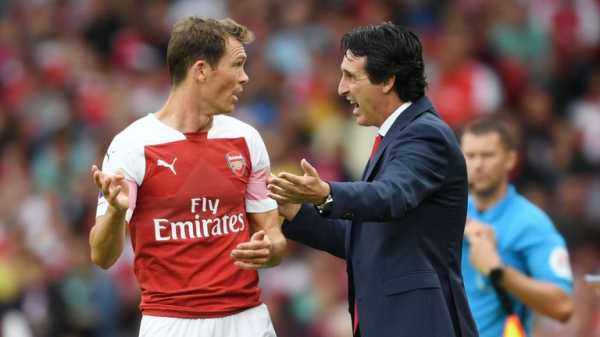 “Petr Cech is one of the best goalkeepers we’ve ever seen in the Premier League but he struggles with the ball at his feet,” noted Sky Sports pundit Jamie Carragher afterwards. “Emery is going to need two or three transfer windows to sort out the personnel,” added Gary Neville.

That is not to say Arsenal’s performance was without positives, however. Summer signing Bernd Leno, named on the bench against City, could yet provide a solution to the goalkeeping issue, and Emery will take encouragement from his side’s improvement after the break. Bernardo Silva’s goal ultimately put it out of their reach, but they had chances.

Emery can be happy with their work-rate, too. The Spaniard had called for “energy” and “passion” before the game, and his players did not let him down. The off-the-ball pressing became disjointed at times, but the intensity was there. According to Premier League tracking data, Arsenal covered more ground (118km) than any other side on the opening weekend. 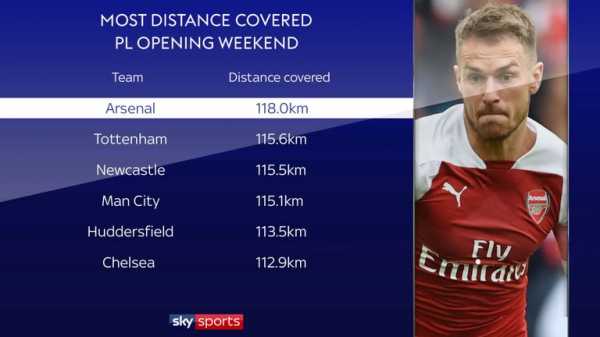 They did not capitulate in the way they so often did under Arsene Wenger, and there were signs that they were better-prepared tactically as well. Emery had clearly noted how City exploited space in the centre of the pitch in last season’s meetings with Arsenal, so set up his side to be compact and narrow. City were able to cause problems from wide areas in the first half, but it was notable how many times Arsenal won possession centrally.

“Those are the benefits of having numbers centrally,” said Carragher during the second half. “They can win it in central areas and then counter attack. At times it has cost them with the ball going wide, but that’s the reason why Emery wanted so many players in the centre.”

Emery was not afraid to make bold changes during the game, either. One criticism levelled at Wenger was that he was too passive when things were going against Arsenal, rarely making changes before the 70th minute, so it was novel to see Aaron Ramsey replaced by Alexandre Lacazette after just 54 minutes against City. 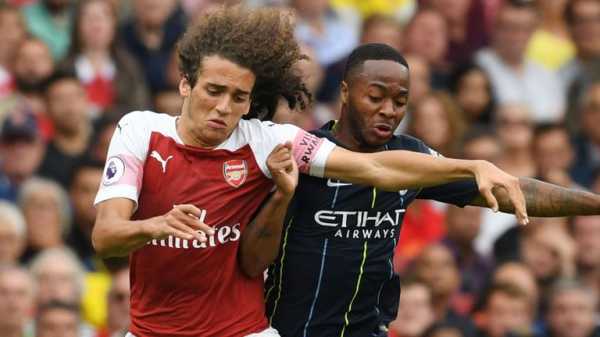 The early switch worked, with Lacazette immediately adding to Arsenal’s attacking threat, and Emery showed the same boldness when he withdrew the struggling Xhaka for Torreira rather than the inexperienced Guendouzi, who had grown into the game after his difficult start.

Emery will cling to those positives, but he will not be under any illusions about the challenge he faces to transform this Arsenal team. The next chapter is underway, but Emery’s work is only just beginning.

Russia Probe Testimonies Reveal There Was No Collusion Between Moscow &...

US Extends Reprieve for Secondary Sanctions Against Aluminum Giant RUSAL