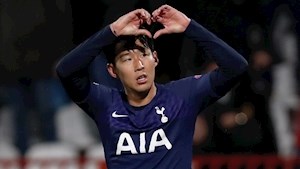 Bayern Munich began life after Niko Kovac by sealing qualification for the knockout stages of the Champions League with a 2-0 victory against Olympiakos.

The German champions sacked Kovac on Sunday following a 5-1 defeat at Eintracht Frankfurt – their heaviest loss in the Bundesliga since April 2009.

Assistant coach Hansi Flick has been placed in charge until a permanent replacement is found and he saw his side dominate the Group B encounter, but they had to wait until the 69th minute before the prolific Robert Lewandowski broke the deadlock.

Substitute Ivan Perisic ensured victory by adding a second goal in the final minute and the win was enough for Bayern to progress.

Flick made three changes from the side that lost to Frankfurt on Saturday with Kingsley Coman, Javi Martinez and Leon Goretzka replacing Jerome Boateng, Philippe Coutinho and Thiago in the starting line up.

Bayern began well and Goretzka brought a solid save from Jose Sa with an effort from the edge of the penalty area.

Sa was kept busy throughout but he was equal to much of what Bayern had to offer and frustrated Flick’s team for much of the match.

Bayern did not help themselves and were not clinical when the chances arrived. Serge Gnabry’s curling effort was repelled by Sa before
Lewandowski saw a close-range header saved.

Sa punched a shot from Coman over the crossbar in athletic fashion just after the half-hour mark and when he was beaten on the stroke of half-time by Benjamin Pavard’s header, the ball hit the inside of a post and bounced back into his grasp.

The Portuguese was on hand again early in the second half to block a powerful header from point-blank range to deny Goretzka, before saving an effort from Coman with his feet as the hour approached.

Sa’s resistance was finally broken when Lewandowski turned in Coman’s low cross from the right.

Barring anything silly from the Germans or a moment of genius from Olympiakos it looked to have won the match for Bayern, who had pinned their opponents back inside their own half for much of the contest.

Coman was within inches of quickly doubling the lead but he was just unable to stretch enough to get on the end of Gnabry’s cross.

Perisic had not even been on the pitch for 60 seconds when he tapped in unmarked at the far post from Coman’s deflected cross after 89 minutes.

The goal ensured it was four wins in as many matches for Bayern in Group B and Flick will be hoping the team can build on the success when they host rivals Borussia Dortmund in the Bundesliga at the weekend.

Rex Tillerson gets to keep the big tax break he got...

The arcane procedural drama that has House Democrats seething, explained