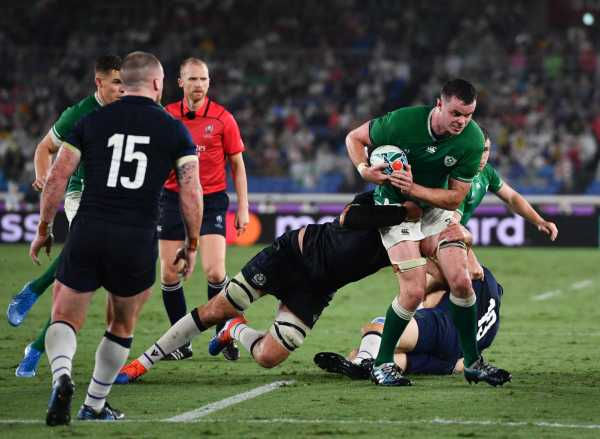 Billy Vunipola will discover the severity of his ankle injury on Tuesday as England sweat over his availability for the climax to their World Cup group campaign against France.

Vunipola failed to appear for the second-half of a 39-10 victory over Argentina on Saturday that guaranteed their presence in the quarter-finals with the Pool C finale at International Stadium Yokohama still to play.

The marauding Saracens number eight is the only player to have started all 12 of England’s games this year and the overwhelming priority will be to ensure he is fit for the last eight.Billy Vunipola has had a scan on his injured ankle (Ashley Western/PA)

“Billy has had a scan and we will have a clearer picture tomorrow (Tuesday),” scrum coach Neal Hatley said.

“He is being assessed, that will go on throughout the day and then we’ll see how he pulls up. He has another 24 hours and then we’ll make a firm diagnosis.”

If Vunipola fails to pull through then Tom Curry or Mark Wilson will deputise in the back row, but his absence will still have a significant impact on England’s ball carrying.Tom Curry could come into the England side (Adam Davy/PA)

Mako Vunipola made his comeback from a hamstring injury against Argentina and would fill the void, but Hatley insists there are other options in the Red Rose ranks.

“We plan for all eventualities and with what we have got in Ellis Genge, Mako Vunipola, Maro Itoje, Courtney Lawes and Kyle Sinckler, there are people to pick up the slack when Mako and Billy don’t play,” Hatley said.

“We have played a lot of rugby without them. Billy is an important figure for us, but other people pick up the slack.”

Nazis in Canadian Safe Havens Must Be Prosecuted for War Crimes...