Home Sport Chairman claims he ‘blocked nothing’ during probe into mismanagement of Galway county...

Galway GAA chairman Pat Kearney has said he blocked no fellow top-table official from investigating the mismanagement of county board finances and claimed he was one of the first people to raise the issue of financial impropriety with Croke Park in April of 2017.

At yesterday evening’s heated Galway GAA convention, county board treasurer Mike Burke told delegates that certain people put every possible obstacle and barrier in front of him to prevent an internal review of the county’s finances earlier this year.

Legal threats subsequent to the completion of this review led to the involvement of Croke Park and the commissioning of an independent audit, carried out by Mazars, which highlighted unsupported expenses and unapproved credit card use. Officer expenses for 2016, it was revealed, totalled €45k.

In his chairman’s address to convention, Kearney stressed he “blocked nothing” and revealed that soon after taking office in December of 2016, he discovered proper financial controls were sorely lacking within Galway GAA. 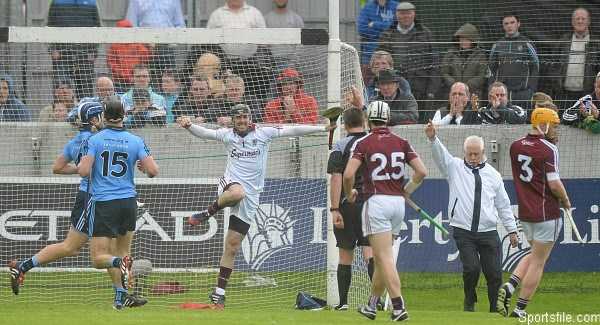 Kearney and hurling board chairman Michael Larkin alerted Croke Park to such in April of 2017, with the board’s auditors DHKN similarly informed. Legal advice was also taken around this time as to how the executive should move forward.

One of the recommendations to the executive late in the spring of 2017 was for an internal audit to be carried out, but as Michael Larkin explained yesterday evening, this was a most difficult task given the relevant information was not available.

The Galway GAA management committee did receive a report from DHKN in December of last year. The problem with the report, Larkin added, was“it sat there for nine months and not one thing has been done with it”.

“The simple fact is there are no procedures, no rules, no regulations [within Galway GAA]. There are no systems of authorisation. So, basically, we have accounts that operate outside of the system. At the end of the day, it is almost impossible to produce the set of accounts that were needed. It is a sad situation. That was born out in the Mazars report.

Kearney said he worked “day and night” for the past 18 months to resolve the misuse of county board finances during the period 2015-17.

“There are legal constraints on us. If we don’t take the legal advice, we’re shot. And if we do take it, we’re also criticised. I always kept the interest of Galway GAA at heart. It was said people were blocking and preventing progress on the internal report. I can say that I blocked nothing. I helped them the whole time.

“We’ll do our best next year to continue on. We will drive on, implement the Mazars report and put Galway in a better place. If we don’t all move forward together, we are going nowhere.”

Noel Treacy, who served as Galway county board chairman from 2012-17, was adamant that fault for the county’s financial problems should not be laid at the doorstep of those employed in the Pearse Stadium office.

“I would have to say of the staff in Pearse Stadium, we have moved forward and evolved to a very successful organisation, but we have asked the staff to do this huge amount of work that they weren’t doing in the past and it is not fair to blame the staff for any of the situations that have evolved.” 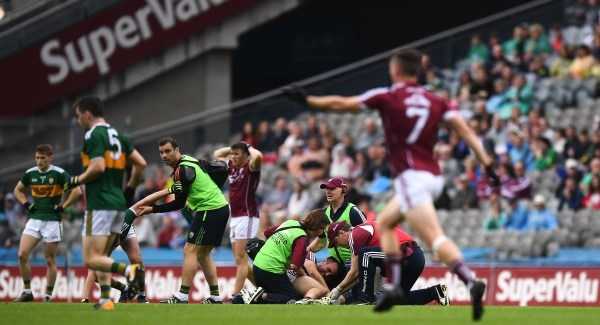 “It is not sustainable on a long-term basis for volunteers to run a business which takes in €5m annually. The controls that were in place are not good enough to run this business of €5m. We have to become more professional in how we do our business. Our controls have not grown at the same pace as our income and expenditure. If we do not rectify that, we will be in liquidation.

“The Mazars report sets out what Galway GAA has to do to have the required standards. If we are to implement these recommendations, we will need to work and pull in the one direction.”

Sarsfields delegate Pat Fox could not fathom how the Pearse Stadium office did not have a cash register despite taking in €5m annually.