They had to work hard for it, though, as City, despite lacking their usual intensity, dominated possession in their customary manner.

John Stones returned from injury for his first City appearance in two months and the hosts were comfortable stroking the ball out from the back.

David Silva tested Jonas Lossl in the early stages and Kevin De Bruyne fired wide from the edge of the area but Huddersfield generally coped well with their advances and carried some threat themselves.

The visitors carved out an early opening when Aaron Mooy shot wide and Florent Hadergjonaj worked Ederson after a quickly-taken free-kick.

Alex Pritchard also forced a save from Ederson and Chris Lowe thrashed another attempt wide of the mark.

Between these openings City dictated the pace of play but they could not find a way through.

Gabriel Jesus did get behind the defence but his ball for Raheem Sterling was poor and Lossl pushed away another effort from De Bruyne.

The visitors survived a scare early in the second half when Lossl failed to claim a corner and the ball rebounded towards goal off Steve Mounie but Christopher Schindler hacked off the line. 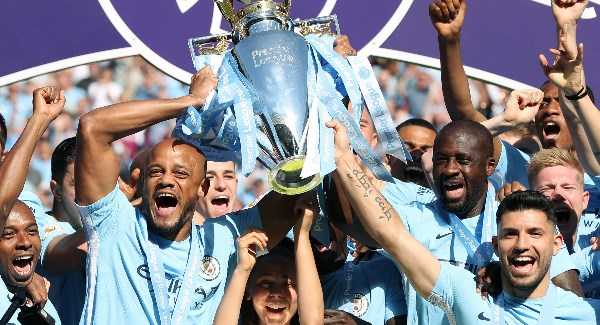 City sent on Benjamin Mendy and Ilkay Gundogan but they struggled to create a threat.

As time wore on, Huddersfield began to sense they could snatch an unlikely point. When Tommy Smith was booked for delaying the taking of a free-kick just after the hour it was clear they hoped they could hold out.

City laboured to create chances and when Mendy did carve one out with a decent cross, Jesus headed well over. Bernardo Silva also shot wide and Mendy blasted over.

Huddersfield might have nicked all three points after a late breakaway but Ederson saved from Scott Malone.

On Losing a Husband, and (Almost) Losing a Wedding Ring |

Joe Cole gives Tanguy Ndombele advice on how to react to...