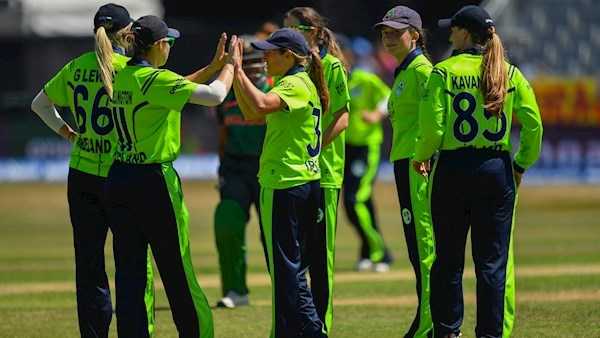 Cricket Ireland are starting to pay their female players.

They have announced they will offer professional contracts to women for the first time in the coming weeks.

The programme will start with a small number of part-time contracts, but there are plans to build on that over the coming years.

They also announced that they will announce fixtures next month for the women’s team with other Full Member nations for next summer.

Warren Deutrom, chief executive of Cricket Ireland, said: “A small number of part-time contracts will be offered in early 2019, with the plan to expand this programme over subsequent years.

“We are delighted to become one of a very select number of sports in Ireland to offer professional contracts to women players.

“It has been an ambition of ours for a number of years, and we now find ourselves in the position to push ahead with this much-needed improvement to our sport.”

“The professionalism shown by our senior women’s team during preparation, qualification and performance at the recent ICC T20 World Cup was a demonstration that this side of our sport is ready to progress and grow.”

Gaza Struggles to Recover from Destruction But Rift in Palestinian Ranks...