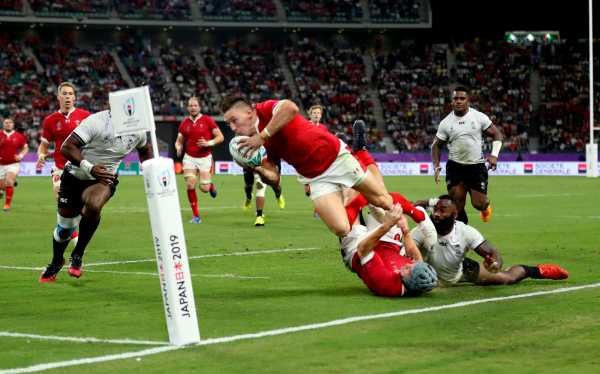 South Africa can all-but guarantee their place in the quarter-finals on Tuesday with victory over Canada in Kobe.

The Springboks lost their opening game to New Zealand, but will progress to the knockout stages with a bonus-point win, barring Italy causing a major upset by beating the All Blacks in their final match.

Here, the PA news agency takes a look at Tuesday’s only fixture.

Springboks’ Willemse one of 13 changes

South Africa coach Rassie Erasmus has made 13 changes to the side which started in Friday’s 49-3 win against Italy.

Springboks skipper Siya Kolisi and centre Damian De Allende are the only two players retained, with full-back Damian Willemse set to start just five days after arriving in Japan as an injury replacement for Jesse Kriel.

Erasmus, who was in the Springboks’ line-up the last time the two nations met in 2000, said: “I’ve played against them and this team I’ve picked will know they are in for a physical battle.”

Two-time world champions South Africa bounced back from their opening 23-13 defeat to New Zealand by thrashing Namibia 57-3 before running in seven tries against the Italians.

Coe gets his reward

Canada’s only try scorer in Japan, full-back Andrew Coe, is one of six changes made by coach Kingsley Jones following his side’s 63-0 defeat to New Zealand in Oita last Wednesday.

Coe touched down in Canada’s 48-7 loss to Italy after stepping off the bench as a second-half replacement, while second-row Kyle Baillie will make his first World Cup appearance after recovering from a leg injury.

Canada’s South Africa-born wing DTH Van Der Merwe will finally get to realise his long-held dream when he lines up against the country of his birth at the Kobe Misaki Stadium.

Van Der Merwe, 33, Canada’s all-time leading try scorer, emigrated with his family to Saskatchewan in 2003 when he was 17. He will make his 61st appearance for his adopted country after making his debut against Barbados in 2007.

“Something I’ve looked forward to my whole career is to play against South Africa,” said the Glasgow Warriors back, who has also had spells with Scarlets and Newcastle Falcons. “Now at my last World Cup, it’s quite special.”

Eoin Morgan says ‘We had Allah with us’ as captain praises...

A quick guide to May 8 primaries in Ohio, West Virginia,...

Gordon Taylor defends pay and dementia record as he looks to...