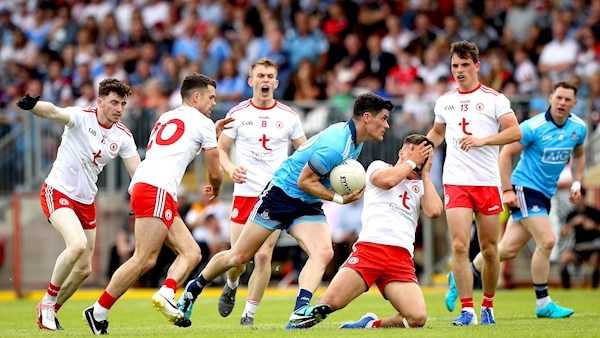 Diarmuid Connolly’s first Championship start for Dublin in 26 months was marked with a win as Dublin confirmed their All-Ireland semi-final against Mayo this Saturday.

However, the St Vincent’s star was black-carded for a deliberate pull down close to the end of normal time.

In a subdued game in Healy Park between two largely second-string teams, the All-Ireland champions did enough to top Super 8, Group 2.

Tyrone, who racked up 13 wides, will face Kerry in the other last-four match on Sunday.

Dublin were three up at the break and other than a Conall McCann strike hitting the underside of the crossbar never looked in trouble.

Being able to call on the likes of Bernard Brogan and Eoghan O’Gara kept Dublin eager upfront and Seán Bugler was a star performer with three points, also assisting O’Gara for the additional time goal.

Fears about this being a phony war were confirmed as soon as Tyrone’s team was leaked on Friday night, 15 personnel changes from the side that beat Cork.

Dublin joined the party with seven 11th hour changes, one of them including Connolly for Brian Howard.

Both Stephen Cluxton and Niall Morgan were replaced at the last minute as is permitted under the emergency goalkeeper allowance, Michael Shiel and Cormac Quinn taking their spots on the bench.

All eyes were on Connolly from the outset and while they were a couple of flashes of his old self, such as his 33rd-minute mark, he kicked a poor wide in the 18th minute and then finished weakly in the 35th minute.

Dublin led from the seventh minute and didn’t surrender it. Goal chances fell to both teams in the opening half and Rory O’Carroll’s positioning early on was questionable.

David Mulgrew and Conor McAliskey had goal opportunities within a minute and Evan Comerford saved well to deny the latter a goal.

Paddy Small blazed over when put through by Kevin McManamon in the 19th minute and Cormac Costello had a shot prevented four minutes later but Costello’s marksmanship was prominent in helping Dublin into a 0-8 to 0-5 half-time lead. 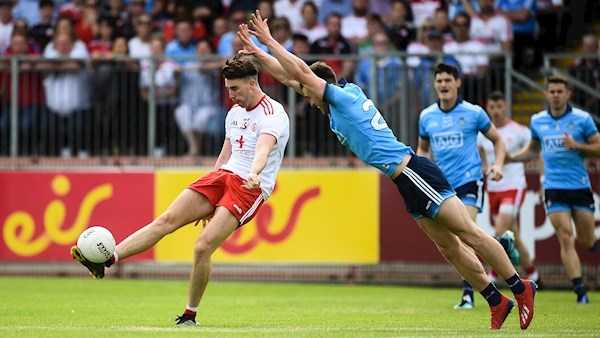 Elephant Herd at Risk of Being Butchered After Conservationist Killed