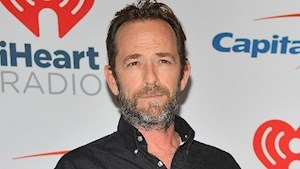 “He was making them men. It was that toughness that allowed these players to play for Manchester United. When they got to me, I had no fear about their character, because he had formed it.”

The former United manager added: “Of course, he improved all his footballers – he did a great job in improving them as footballers. But that wasn’t his best job.

“The best job (was) he made them good human beings. That is what I always remember.

“Everyone who came through in his time at Manchester United were good human beings, and that’s what they all should be very grateful for, and me in particular.”Mark Hughes arrives at the service (Danny Lawson/PA)

As well as the eventual treble-winners, Harrison, who was diagnosed with dementia a few years ago, oversaw the development of a number of other youngsters who went on to have high-profile careers, including Mark Hughes.

He was brought to United from Everton by then Red Devils boss Ron Atkinson in 1981 to work as a youth team manager and spent 27 years with the Old Trafford outfit. He also had a stint working as Wales assistant boss under Hughes.

Harrison was awarded an MBE for services to football just over 12 months ago.

Along with Ferguson, Beckham, Giggs, Scholes, Gary Neville, Butt, Hughes and Atkinson, United caretaker boss Ole Gunnar Solskjaer and his assistant Mike Phelan – who worked as Ferguson’s number two – were also among the attendees on Tuesday.

“Ultimately it was The Boss that had that faith in us and took us to the next level but the person that prepared us and (without whom) we wouldn’t have been the players and men we turned out to be was Eric… Thank you Eric and goodbye.”

Gary Neville said on Instagram: “My family gave me the base to build on, Sir Alex had the ultimate faith and courage to see it through but in between that it would have all fallen over if I hadn’t met Eric Harrison. Thank you Eric.”Sir Alex Ferguson, left, and Gary Neville talk after the service (Danny Lawson/PA)

Phil Neville described Harrison as “the greatest coach I ever worked with” in an Instagram message.

And the England Women boss added: “I’m so sad I can’t be at your funeral today as I’m in Philadelphia with my team @lionesses preparing for a World Cup. Eric the values of RESPECT/HARDWORK/HUMILTY/BRAVERY and ENJOYMENT that you taught me I will be passing on to my team this week. You will always be in my thoughts and prayers – I love you Eric.”

Speaking outside Halifax Minster, Butt, United’s head of academy, said of Harrison: “He made us want to be hard-working for many years, right from the word go when you first came across him.

“It sees you right through your whole career, so that’s probably the best compliment I can give him. I thought he was an unbelievable maker of men rather than just a coach.”Ron Atkinson arrives at Halifax Minster (Danny Lawson/PA)

Atkinson told reporters after the service: “Apart from Bryan Robson, he might be the best signing I ever made at Manchester United.

“He was great on the game. He had a good knowledge of the game and a good way of imparting it. And he was quite a disciplinarian. He made sure players did the right things at all give times.

“He was a great lad. The Eric that was on the coaching field was a hard man, but I’ve had some fun times with him as well.”

Harrison began his playing career with his hometown club Halifax, and also had spells with Hartlepool, Barrow and Southport.

In Venezuela’s Footsteps: Iran Mulls Own Cryptocurrency Amid US Sanctions

Trump Kicking Out Salvadorans Could Be a Boon for MS-13