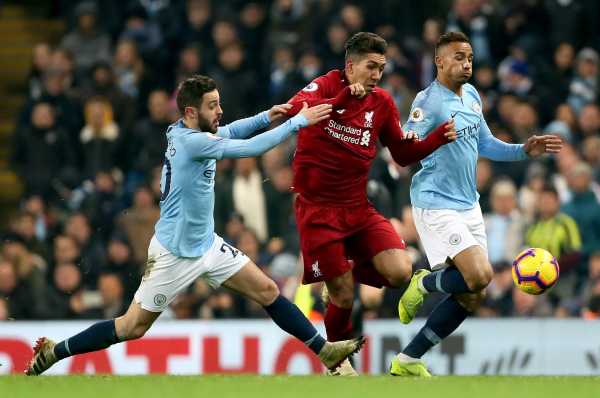 Chelsea’s see-saw thriller against Ajax finished 4-4 after VAR ruled out a late winner for Frank Lampard’s side.

Here the PA news agency looks at some other notable goal-fests from the Champions League era.

Two free-flowing sides went toe-to-toe in a dizzying contest at the Etihad, with Pep Guardiola’s hosts finishing with a two-goal buffer despite twice going behind. Radamel Falcao and Sergio Aguero both netted two, while Kylian Mpabbe also hit the target en route to 3-3. Leroy Sane and John Stones won it for City but the return leg saw the Frenchmen take the spoils 3-1, their away goals enough to seal a quarter-final berth.

A record-breaking evening at the Signal Iduna Park and 90 minutes that surely left goalkeepers Roman Weidenfeller and Radoslaw Cierzniak shellshocked. There were seven goals in the first period of this penultimate group game, with the German side taking a 5-2 lead, and five more after the break. Shinji Kagawa and Marco Reus scored twice apiece for Dortmund and Aleksandar Prijovic matched them in a losing cause.

A six-goal match would not normally warrant inclusion on such a list, but given that it was the final – occasions that often lead to conservatism – this unforgettable night in Istanbul is in on merit. The story is burned into the fabric of the competition, Rafael Benitez’s Reds were dead and buried 3-0 down at half-time only for some tactical tinkering, and Steven Gerrard’s force of personality, to reverse the scores and force extra-time. Penalties brought a fifth European Cup back to Anfield.

Many of the most prolific matches come in the early phase of the competition, but this one stands out as the highest-scoring game in the knockouts. Already boasting a 3-0 away win from the last 16 first-leg clash, Paul Le Guen’s men put their opponents to the sword in the return leg. Sylvain Wiltord’s hat-trick took the spotlight and Michael Essien scored twice but they were ousted by PSV Eindhoven in the quarter-final.

Chelsea’s now manager, Lampard, played a key role as the Blues edged past their Premier League rivals in an earlier eight-goal thriller in the quarter-finals. Chelsea’s 3-1 lead from Anfield was wiped out by Liverpool’s 2-0 half-time lead at Stamford Bridge but Didier Drogba, Alex and Lampard put the hosts ahead on the night. A late rally from Lucas Leiva and Dirk Kuyt left it 4-3 to Liverpool and one more goal would have swung it. Instead the final word fell to Lampard and Chelsea sealed a 7-5 aggregate success.