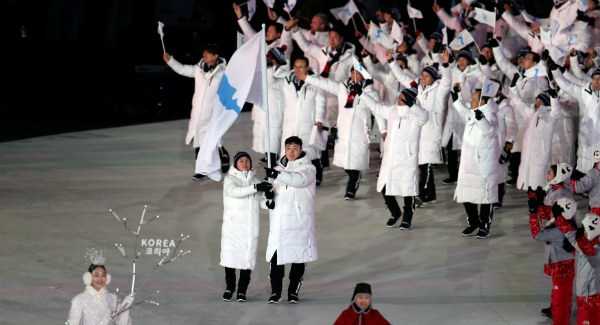 The Winter Olympics was declared officially open by International Olympic Committee president Thomas Bach today – here are some of the highlights from the spectacular ceremony in Pyeongchang.

OK, so you cannot have missed it: two nations sharing the same peninsula, divided by a border which has so much more than geographical significance marched together as one.

It was the 10th time South and North Korea have done so under a unified flag at major sporting events since 2000.

But rarely has more been made of this, given Pyeongchang’s proximity to the North.

The athletes wore white (the colour of peace) and were watched by Kim Yo-jong, the sister of North Korean leader Kim Jong-un.

She is the first immediate member of the North’s ruling family to visit since the 1950-1953 Korean war and was greeted by Moon Jae-in, the South’s president.

You will not have missed this either.

Earlier in the week, Tonga’s Pita Taufatofua insisted it would be too cold to repeat his bare-chested march from Rio.

But, after swapping taekwondo for cross-country skiing to appear here, he again appeared in traditional Tongan dress.

Instead of a ta’ovala as in Rio, he wore a manafau, but he was again lathered in oil.

It has warmed up considerably in Pyeongchang this week, but adrenaline may have also provided a welcome boost in temperatures still below zero. 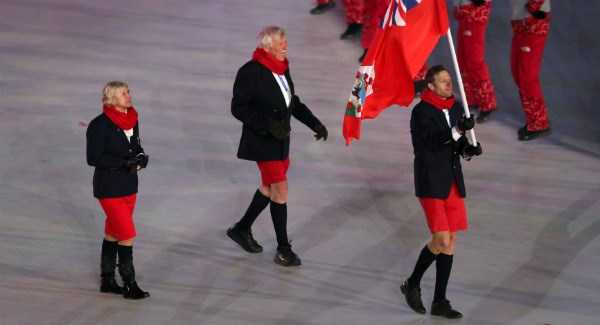 Bermuda’s small delegation, as is customary, showed a bit of knee at the opening ceremony, marching in their shorts.

Their appearance was reminiscent of British postal workers, another group also known for their penchant for shorts.

4. The elephant in the arena International Olympic Committee president Thomas Bach did not mention Russia in his speech.

The fallout of the Sochi 2014 doping scandal continued all the way up to Friday’s opening ceremony and has dogged Bach’s presidency, but the majority of the 168 Olympic Athletes from Russia, who could not display their national flag, slipped into the stadium relatively unnoticed.

England v India: All you need to know from day three...