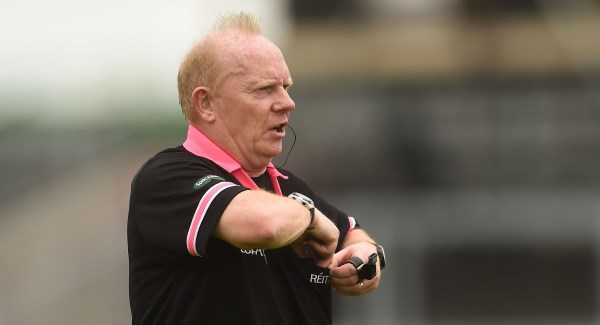 The Galway senior ladies football management have hit out at the appointment of Gerry Carmody to referee this Sunday’s Connacht final between Galway and Mayo.

Carmody was Mayo minor ladies manager in 2012 and 2013 and so would have worked with a number of the Mayo players who will take to the field in MacHale Park this weekend.

Indeed, up until two years ago, Carmody was listed as a Mayo referee, but has since changed his designation to Roscommon.

Galway, who are managed by Stephen Glennon, have no qualms with his ability as a referee, rather his previous association with Mayo.

A statement released by the Galway senior management has called on LGFA chiefs in Croke Park to intervene in the matter.

“We would consequently call on LGFA and Croke Park to investigate this matter thoroughly, determining as to how such an appointment could be made, and take swift and appropriate action.

“This is the fifth consecutive year Galway must travel to MacHale Park for the provincial decider and the appointment of Mr Carmody, who has mentored a number of the current Mayo senior players as Mayo minor boss between 2012 – 2013, is a gross error of judgement by Connacht LGFA.”

The statement continued: “We recognise Mr Carmody, who changed his inter-county designation from Mayo to Roscommon, is not to blame for this current predicament but, by the same token, it would be remiss of Galway senior ladies management not to object to the appointment of someone who has represented Mayo as both a ladies’ football inter-county manager and as one of their designated referees over a number of years.

“We had endeavoured to deal with this in a quieter manner by bringing our appeal to Connacht Council this week but the failure of this administration to satisfactorily address our concerns has forced us to take this issue into the public arena.

“We are disappointed that we have to do so and that we have to deal with this disruption in the week leading into the Connacht final. However, we would hope that by bringing this matter to light in the public domain that this decision would be reversed.”

US Court Sets First Court Date in Gabbard-Clinton Case for 6...

Washington Governor Declares State of Emergency as One Person Dies of...