Home Sport Gatland once suspected Wales player of drug use 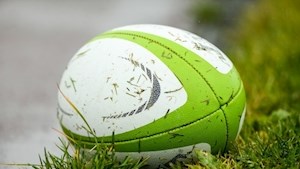 Former Wales coach Warren Gatland revealed he once had suspicions a player within the national squad may have taken drugs – but has no evidence anyone did under his tenure.

Gatland, 56, stepped down following the Rugby World Cup in Japan, where Wales reached the semi-finals before losing to New Zealand in the bronze medal match.

The New Zealander had been in charge of Wales since 2007, guiding the squad to four Six Nations titles as well as earning a place at the top of the world rankings.

Gatland took part in a wide-ranging discussion on Off The Ball, during which the subject of doping was brought up.

The former Wales coach started with a general view on the issues, before then giving away some details of suspicions which came about from jokes made between team-mates.

“The sad thing about professional sport, and whether it’s team sport or individual sport, when money’s involved, there’s that potential for it to be exploited with performance-enhancing drugs,” Gatland said.

“I think we all want it to stay as clean as we possibly can.

“I haven’t come across, personally, any players that I’ve coached from a Wales perspective that I would – well sorry, maybe one.”

The former Wales boss added as he gave a short chuckle: “Yeah, maybe one, now that I think about it.”

Asked if the person concerned had played for Wales, Gatland replied: “He may have done, yeah.”

Pressed as to whether he had any misgivings about working with them, the former Wales coach moved to clarify his position.

Asked if was more of a suspicion over possible doping, Gatland replied: “Yeah, absolutely… and that is the whole time I have been coaching Wales.

“But I would like to think the sport is clean.

“From a New Zealand perspective, I think it is pretty clean. When you go down levels we are seeing positives in Wales at junior levels and in other nations as well.

“There’s always that temptation in players wanting to try and play at a higher level and taking the risks by taking drugs. I definitely don’t condone that.”

Gatland continued: “It’s probably unfair of me to say I had suspicions because I’ve got no evidence or anything like that.

“It’s kind of like just saying: ‘is there a possibility?’

“It was more like a couple of people making jokes, sort of thing.”

Asked if it was a case of ‘truth in humour?’, Gatland replied: “Yeah, exactly.”

The Welsh Rugby Union declined to give any official comment when contacted by the PA news agency.

It is understood the conversations Gatland recalled during the podcast came from when some Wales players were having a joke about one of their team-mates being in good shape.

There were never any serious suspicions, because if there had been, the player concerned would have been reported and the relevant disciplinary procedures subsequently followed.

‘Sickening!’ Netizens Angry at Video of Ilhan Omar Giggling When US...