Home Sport ‘I was never in doubt where I wanted to be’ – Signing... 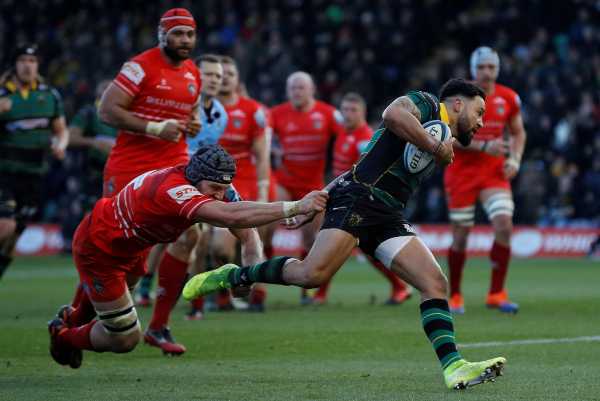 Bundee Aki said that signing on with Connacht for another three years was an easy decision because he has unfinished business at the Sportsground.

The Irish centre agreed a new deal in midweek which will extend his stay in Galway to nine years by the time his new contract expires in the summer of 2023.

The 29-year old crowned his new contract with the opening try ass Connacht secured their fifth win of the PRO14 campaign with a 24-12 bonus point win over the Southern Kings at the Sportsground.

“It wasn’t my try, I think I stole it from the forwards,” said Aki afterwards, following the touchdown after a lineout maul.

The New Zealander, who has chalked up 23 Irish caps, said that committing his future was an easy decision and was all about giving something back.

“Obviously we have unfinished business but obviously I see my future here in this club and great things used to happen over here and I truly believe we are going in the right direction.

Aki played down his opening try as Connacht came from 7-0 down to lead 19-12 at the break as prop Finlay Bealham and winger John Porch also scored.

Aussie Sevens star Porch got his second try since joining in the summer to seal the bonus point three minutes after the restart, as Connacht pushed on for a 24-12 win despite not reaching great heights.

“The boys have done really well since we’ve been away,” added Aki. “We have only been trying to come in and fit in with what they have been doing .

“Fair play to the coaches and the players, they have been doing really well so far. Glad to be back.

“Connacht play an open brand of rugby which everyone enjoys here. For us, we have to try come in and fit in with what they have been doing.”

Connacht coach Andy Friend hailed Aki’s three-year contract extension as the side head into crunch Heineken Champions Cup clashes against Gloucester with the talisman on board for another three seasons.

“To have him sign on for another three and a half years is brilliant,” added Friend.

Trump Says Getting Along With Russia’s Putin ‘Great Thing’