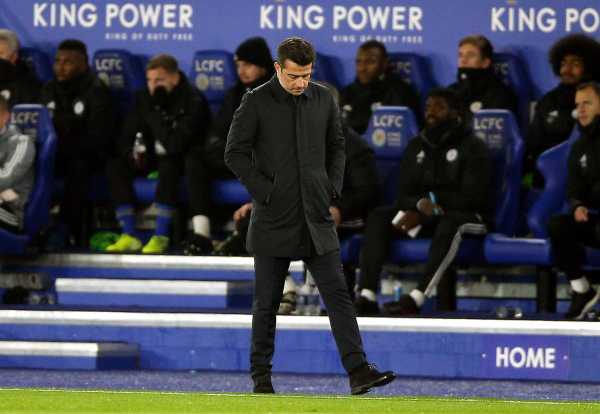 Dario Del Fabro scored with the last kick of the game as Kilmarnock battled back from two goals down to rescue a dramatic 2-2 draw against Hibernian.

The hosts appeared to be cruising to a fourth successive triumph when Christian Doidge and Jason Naismith gave them a comfortable advantage at Easter Road.

However, Alex Bruce halved arrears after 65 minutes with a close-range drive and, throwing bodies forward in search of a leveller, the Italian defender kept his cool to scramble home on the cusp of full-time.

The stunning comeback sees the capital club drop points for the first time since Jack Ross took charge, albeit they remain unbeaten in their last nine Premiership outings.

Flo Kamberi, reborn following the departure of Paul Heckingbottom, stung the palms of Laurentiu Branescu with an early drive as he sought an eighth goal of the campaign.

Joe Newell then found the Romanian’s arms with a trundling effort from the edge of the box.

Hibs claimed a richly-merited lead from a predictable source. Doidge produced a prodigious leap with 19 minutes on the clock to out-jump Branescu and head home his sixth goal in four games. The Killie defenders howled for a foul but referee Kevin Clancy remained unmoved.

Branescu was forced to quickly shake off his error to make a fantastic point-blank save to deny Doidge after the in-form Englishman had been sent through on goal by a wonderful, raking through-ball from Newell.

However, that was a temporary reprieve. The Hibees doubled their lead just two minutes after the interval when Naismith ran on to an Allan pass before belying a tight angle to smash a powerful drive into the roof of the net.

Killie refused to wilt and hit back when Bruce reacted quickest in the box to fire home from close-range when a Chris Burke corner was only partially cleared.

Hibs had the chance to make the game safe through Martin Boyle and Stevie Mallan, with both players testing Branescu following swift breakaways.

And they paid the price for numerous missed chances when Del Fabro turned home a Stephen O’Donnell cross.

Don’t eat romaine lettuce. If you have any, throw it away.

Number of pre-teen moms in the US at a record low,...

Cory Booker is a genuinely distinctive Democrat on one big issue:...