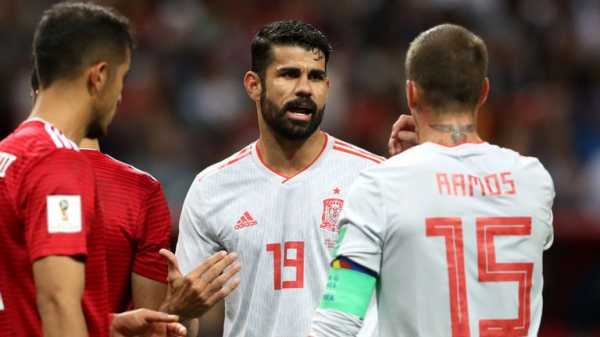 Spain put one foot in the World Cup knockout stages as Diego Costa’s goal gave them a narrow 1-0 win over Iran in Group B. Here, we pick out the top talking points from the game.

Costa took his tally to three goals from two World Cup games, putting him level with Russia’s Denis Cheryshev in the scoring charts and behind only Cristiano Ronaldo. He knew little about his latest strike, Ramin Rezaeian’s clearance bouncing in off his knee, but it further emphasised his importance to the side after his double against Portugal.

The former Chelsea striker had cut a frustrated figure in the first half, his temper threatening to boil over as Iran’s players repeatedly attempted to run down the clock, but he was there when Spain needed him again. Four years after struggling to make an impact and losing his place in the team at the last World Cup, Costa is now an undisputed starter.

He can appear a peripheral figure at times – the statistics show he has only touched the ball on 52 occasions across the two games – but he is a deadly presence in the penalty box and his aggressive style on and off the ball gives Spain the kind of edge they have previously been accused of lacking.

He may not be a natural fit for the tiki-taka passing, but Costa is key to Spain’s chances of going all the way in Russia.

Another player with an undisputed starting role in this Spain team is Real Madrid’s Isco. The playmaker followed up his impressive showing against Portugal with another eye-catching display against Iran. Starting on the left flank, he frequently appeared the most likely player to break through the massed ranks of Iran’s defence. 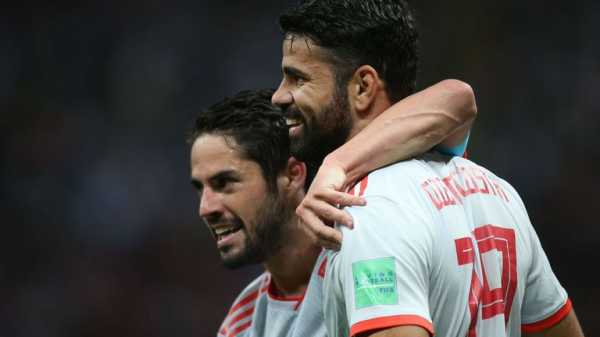 Andres Iniesta and David Silva are the senior figures in Spain’s midfield, but neither of them enjoyed as much time on the ball as Isco. In fact, the 26-year-old had 50 touches more than either of them (138). His passing was typically reliable, with one sublime reverse ball to Iniesta in the first half a highlight, but it was his dribbling that caused Iran the most problems.

Isco completed nine dribbles in total, the most by any player in any World Cup game so far, and his willingness to take risks on the ball led to most of Spain’s best openings. Indeed, he would have ended the game with an assist had Silva not delayed his shot following Isco’s cut-back shortly before half-time.

VAR in the spotlight

Iran and their supporters celebrated wildly when midfielder Saeid Ezatolahi poked the ball home following a free-kick soon after Costa’s opener, but the jubilant scenes were cut short when the referee signalled for VAR.

Replays showed several Iran players had strayed into offside positions when the ball was played in, and in truth the goal would have been ruled out anyway as the linesman had raised his flag as the ball went in, but the whole episode re-opened the debate about the technology. On the touchline, Iran boss Carlos Quieroz cut an exasperated figure. 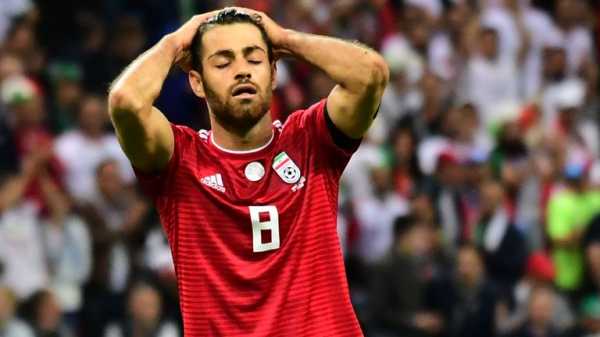 Iran’s players collapsed to the turf when the final whistle sounded, but on this evidence they are by no means out of the competition. Quieroz’s men are only one point behind Spain and Portugal after their shock 1-0 win over Morocco, and they should fancy their chances of causing another upset against Ronaldo and co on Monday.

Iran’s biggest strength lies in their defensive organisation, but they have also shown themselves to be dangerous going forward. They counter-attacked well against Morocco, and they created a string of chances against Spain, too. As well as the disallowed goal, there was a shot into the side netting from Karim Ansarifard and a header which flew narrowly over the bar from Mehdi Taremi.

Portugal’s defensive tactics worked against the likes of Croatia, Wales and France at Euro 2016, but their flaws were obvious in their 3-3 draw with Spain and they were cut open repeatedly by Morocco, too. If Iran can find a way to finish their chances, there could yet be a place for them in the knockout stage.

A Ferrari driver needs to take responsibility for Brazil crash –...

Group of 67 Countries Release Joint Statement in Defence of ICC...