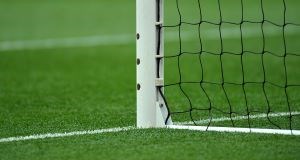 Newcastle’s record signing Joelinton is confident he can help lift the gloom at St James’ Park.

The 22-year-old Brazilian became Newcastle’s most expensive player this week when he completed a reported £40million move from Hoffenheim by signing a six-year deal.

His arrival may go some way to appeasing a large section of fans, who remain vehemently opposed to owner Mike Ashley’s regime and the recent appointment of Steve Bruce as Rafael Benitez’s replacement.

Joelinton, speaking via a translator, told the media when unveiled at the club’s training centre that he knew of the unrest among the Toon Army.

“Yes I’m aware of it, I’ve seen some comments, but I think it’s normal,” he said.

“I think it’s normal for fans, but I believe they are behind us and I hope I can make them happy this season.

“I’m also very happy that my transfer has brought some joy to them and hopefully I’ll increase that happiness with every game.”

Joelinton is relishing the challenge of following in the footsteps of some legendary number nines at the club.

The likes of Jackie Milburn, Malcolm Macdonald, Les Ferdinand and Alan Shearer were hero-worshipped at St James’ Park, but Joelinton is undaunted.

“I appreciate the responsibility of the number nine shirt here at Newcastle. I appreciate its legendary status and I’m really happy,” he said.

“I hope to score lots of goals. I’ve always played centre-forward, but I’m also willing to play in other positions.”

Joelinton, Newcastle’s first signing since Bruce’s arrival, scored 11 goals in 35 appearances for Hoffenheim last season and believes his move can help him earn a place in Brazil’s senior national team.

“I have many objectives, some of them I have already achieved. One of them is to get into the Brazilian national team,” he said.

“I’m joining a great club in the best league in the world, one of the most difficult leagues in the world.

“I know about the club’s history. This is the best league in the world. I hope to have a great season and get called up into Brazil’s national team.”

Joelinton said Newcastle had tried to sign him in January and that it made no difference Benitez had since been replaced by Bruce, who has already made a big impression on the striker.

“He’s a great guy and that father-style is not just with me, it’s with the entire squad,” Joelinton added.

“But he’s also very demanding on the pitch. I saw that in the first training session. Training is very intense and I like that, that’s important.

“Off the pitch as well, he talks to all the players and I think that relationship is really important.”

Zuckerberg’s notes show he was prepared for senators to ask about...