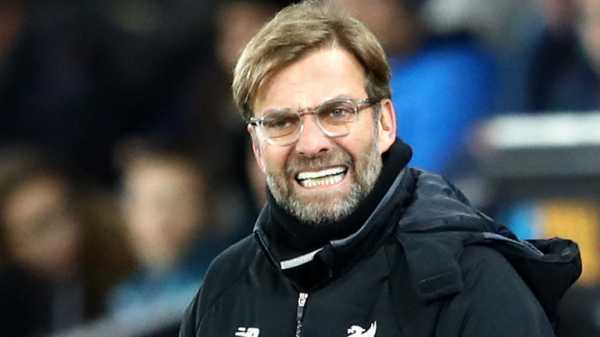 Liverpool will go head to head with Real Madrid for Champions League glory after they overcame Roma in the semis, but should they be concerned by Jurgen Klopp’s managerial record in cup finals?

The German has contested six cup finals as a manager – four at Borussia Dortmund and two with Liverpool – but only won one of them.

From Dortmund’s 2012 German Cup win over Bayern Munich to Liverpool’s Europa League final loss to Sevilla in 2016, here’s a breakdown of Klopp’s record in finals.

Klopp reached the first cup final of his managerial career in 2012, when his Borussia Dortmund side, who had wrapped up the Bundesliga title a few weeks earlier, dismantled a star-studded Bayern Munich 5-2 at the Olympic Stadium in Berlin to lift the German Cup.

Shinji Kagawa’s third-minute opener was cancelled out by Arjen Robben’s penalty, but Mats Hummels put Dortmund back in front from the spot, with Robert Lewandowski completing a hat-trick after Franck Ribery had netted Bayern’s second. 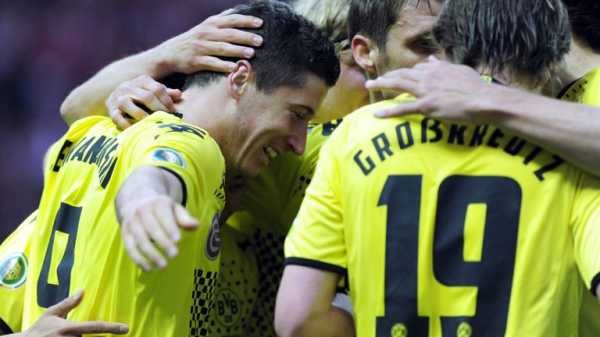 The 2012/13 season ended on a disappointing note for Borussia Dortmund and Klopp as they suffered an agonising defeat to their old foes Bayern Munich in all-German Champions League final at Wembley.

It was a pulsating encounter with chances for both sides. Mario Mandzukic put Bayern ahead on the hour mark, but Ilkay Gundogan pulled Dortmund level from the penalty spot after Dante, who was fortunate not to be sent off having already been booked, caught Marco Reus in the stomach. Robben then struck Bayern’s winner two minutes from time, latching onto Franck Ribery’s flick and beating Roman Weidenfeller to break Dortmund’s hearts.

Klopp suffered more heartache against Bayern Munich in the 2014 German Cup final. His Dortmund side had beaten Pep Guardiola’s men 3-0 in their previous meeting in the Bundesliga just a few weeks earlier, but there was no repeat of those heroics back at the Olympic Stadium in Berlin. 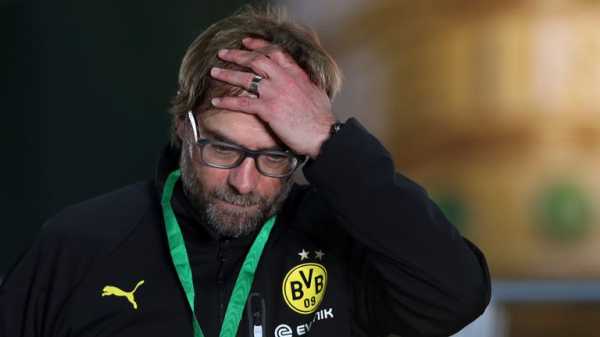 The game, notable for Lewandowski’s return to Dortmund’s starting line-up despite the fact he had already agreed to join Bayern, was goalless after 90 minutes but ended in a 2-0 defeat as Robben and Thomas Muller struck in extra time.

Klopp’s last season in charge of Borussia Dortmund, in which they slumped to a seventh-placed finish in the Bundesliga, ended with another German Cup final defeat – this time to Wolfsburg.

Dortmund made a perfect start, with Pierre-Emerick Aubameyang giving them the lead just five minutes in, but Wolfsburg produced an emphatic response, scoring three goals in 16 first-half minutes. Luis Gustavo got the first, with Kevin De Bruyne and Bas Dost putting another trophy out of Klopp’s reach.

Klopp had his first opportunity to lift silverware at Liverpool just four months after his appointment as they reached the League Cup final against Manchester City. They were many people’s favourites having thrashed Manuel Pellegrini’s side 4-1 at the Etihad Stadium in November, but City were far stronger at Wembley. 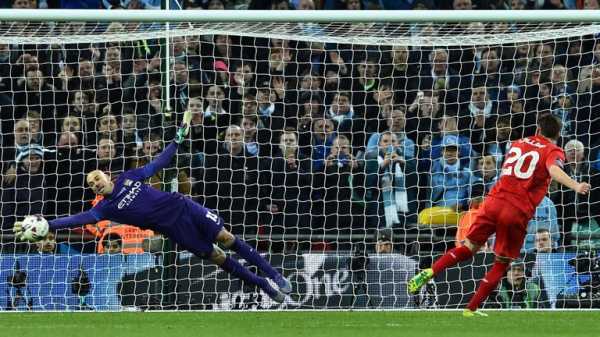 Philippe Coutinho sent the tie to extra-time when he cancelled out Fernandinho’s opener, but Liverpool’s goalscorer was one of three Reds players to miss their penalties as City won the shootout 3-1.

Liverpool overcame Manchester United and Borussia Dortmund on their way to the 2016 Europa League final and they appeared to be on their way to lifting the trophy when Daniel Sturridge opened the scoring against Sevilla with a stunning strike at the St Jakob-Park stadium in Basel.

But having gone into the break with a one-goal lead, Liverpool suffered a depressing second-half collapse. Kevin Gameiro equalised in the first 17 seconds, with Coke scoring twice in the space of six minutes later in the half. “I am responsible for this performance,” said Klopp afterwards. “I promise everybody we will use it and come back stronger.”

Lipetsk Region to Showcase Its Investment Potential in Frankfurt am Main