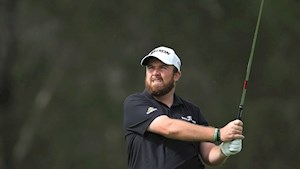 Justin Rose is aiming to make up for a disappointing season by his own high standards by joining an elite group of players with a third straight victory in the Turkish Airlines Open.

Nick Faldo, Ian Woosnam and Colin Montgomerie are the only players to have won a regular European Tour event three years in succession, while Tiger Woods won the WGC-Bridgestone Invitational from 2005 to 2007.

Rose became world number one for the second time by making the first successful title defence of his career in Turkey last year by defeating China’s Haotong Li on the first play-off hole at the Regnum Carya Resort.

The Olympic champion is a combined 55 under par for his 12 rounds in the event after finishing third on his debut in 2013, when former Ryder Cup team-mate Victor Dubuisson claimed the first of his two wins in three years at this year’s venue, the Montgomerie Maxx Royal.

“I think my season’s been slightly disappointing for the most part,” Rose said. “I’ve struggled with the rhythm of the schedule and various things. I’ve basically been trying to fix my game on the road a little bit, just the way weeks off have been.

“I’ve battled with that a little bit but at the same time I’ve won this year, so you can never really turn your nose up at that. If I was to win this week, a multiple-win season is certainly never a bad year.

“Obviously last year was a first for me to defend (a title) and now it offers me the opportunity to go three in a row, and be in some illustrious company. It’s definitely a focus for me and an inspiration and something I’m going to enjoy trying to achieve.”

Rose began the year in style with victory in his second event in January, but admits it was a mistake to take the following month off to prepare for the newly-condensed calendar.

“I took all of February off this year, trying to be really fresh for the major championship season,” added Rose, who missed the cut in the Masters for the first time in his career. “I think next year I won’t do that.

“I think I’m just going to try and roll my way through the year, not really take a huge off-season, but just build mini-breaks in throughout the year and try to keep form ticking along.

“I think the big break ruined my momentum this year a little bit. I didn’t come out of it feeling how I wanted to.”Justin Rose celebrates with his Olympic gold medal in Rio (Mike Egerton/PA)

Next year’s schedule is set to pose even more problems with the Olympics and Ryder Cup added to the mix, with Rose hoping to defend his Olympic title in Japan.

The men’s golf competition starts 11 days after the end of the Open at Royal St George’s and Rose added: “If you want to be there for the opening ceremony – which I’d encourage anybody who is playing in the Olympics to be part of – you have to leave on the Thursday after the Open Championship.

“So you play the Open, have three days off and you leave for Tokyo. It really is quite an intense time of year, so I think we all have to be very cognisant of our schedules before we get to that point in the summer.

“For the Ryder Cup, clearly you want to be fresh and ready. Next year might be the year where you can’t be all things to all people. You might just have to focus on prioritising your goals and for me, the Olympics is certainly going to be a huge part of what I prioritise next year.

“The rest might just have to be a by-product of that mind-set. I think to try and achieve everything on every tour next year could be a tricky proposition.”