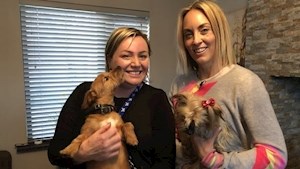 LeBron James led the way once again as he scored 33 points to help the Los Angeles Lakers to a 122-101 win over the Atlanta Hawks.

Buddy Hield scored a season-high 35 points as the Sacramento Kings ended the Boston Celtics’ 10-game winning streak with a 100-99 victory at the Golden 1 Center.

Two free throws from Richaun Holmes with 13 seconds remaining proved decisive for the Kings, who made it five wins in seven matches having lost their opening five games.

The Denver Nuggets continued their impressive form on the road as Jamal Murray’s 39 points helped them to a 131-114 victory over the Memphis Grizzlies.

Paul Millsap added 23 as the Nuggets secured a fifth win in six matches away from the Pepsi Center.

Eric Paschall scored 30 points and Ky Bowman got 19 off the bench but the rookie duo could not prevent the injury-ravaged Golden State Warriors from slipping to a 108-100 defeat to the New Orleans Pelicans.

Washington Wizards shooting guard Bradley Beal moved past 10,000 career points in his team’s 125-121 defeat against the Orlando Magic, while Tobias Harris top-scored for the Philadelphia 76ers with 27 points in their 114-95 victory over the Cleveland Cavaliers.

Benetton cut a dash against Zebre