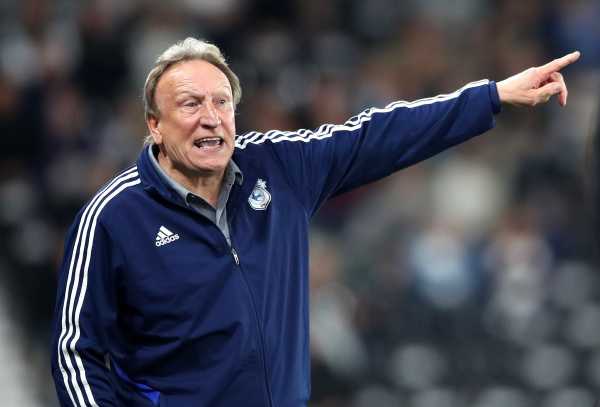 Lionel Messi scored a hat-trick, including two stunning free-kicks, as Barcelona saw off Celta Vigo 4-1 at the Nou Camp to regain top spot in LaLiga.

Real Madrid had earlier kept the pressure on their rivals with a convincing 4-0 win at Eibar.

Messi set Barca on their way with a penalty, but Lucas Olaza equalised with a fine free-kick for Celta’s first goal under new boss Oscar Garcia.

The Barcelona number 10, though, soon had his side back in front just before half-time when he crashed home another superb deadball strike.

Messi completed his treble early in the second half, clipping the ball up and over the wall from 25 yards, and Sergio Busquets crashed in a late fourth.

Barcelona are level on 25 points with Real Madrid, top on goal difference, while Real Sociedad are now two behind following their draw against Leganes on Friday.

Celta had been able to limit Barcelona’s attacking intent during the opening exchanges, with Messi seeing a low shot comfortably saved by Ruben Blanco.

The home side were awarded a penalty in the 20th minute for a handball by Joseph Aidoo. Messi made no mistake from the spot, sending the goalkeeper the wrong way.

Barca, though, had been forced into a change before the kick could be taken as Nelson Semedo limped off with a calf injury, replaced by Sergio Busquets.

Messi thought he had scored again from Arthur’s cutback, but the ball had run out of play in the build-up.

The Argentine forward then tracked back to concede a free-kick just outside the Barcelona penalty area in the 42nd minute.

Celta left-back Lucas Olaza stepped up to curl a wonderful effort over the wall and into the right side of the goal.

There was, though, still time for Barcelona to regain the lead before half-time.Messi had opened the scoring from the penalty spot (Joan Monfort/AP)

Arthur was fouled some 25 yards out – and Messi promptly lashed the free-kick into the top corner.

Barca boss Ernesto Valverde sent on Ousmane Dembele to replace Ansu Fati for the start of the second half.

The French forward was soon in the action, lashing a low drive which was just off target.

Celta conceded another free-kick in a dangerous position just outside their own penalty area three minutes into the second half.

Messi needed no second invitation as clipped a left-foot shot up over the wall once again, which flew past Blanco and into the top corner to complete his hat-trick – matching the record of Cristiano Ronaldo of 34 in LaLiga.

Barca keeper Marc-Andre ter Stegen had to be alert when tested by a long-range effort from Celta winger Pione Sisto.

At the other end, Antoine Griezmann was played clear by Messi, but Blanco was out quickly to make a smart save.

Luis Suarez replaced the France forward for the closing 18 minutes.

Defender Busquets produced a fine strike of his own with five minutes left, lashing home an angled drive from 20 yards.