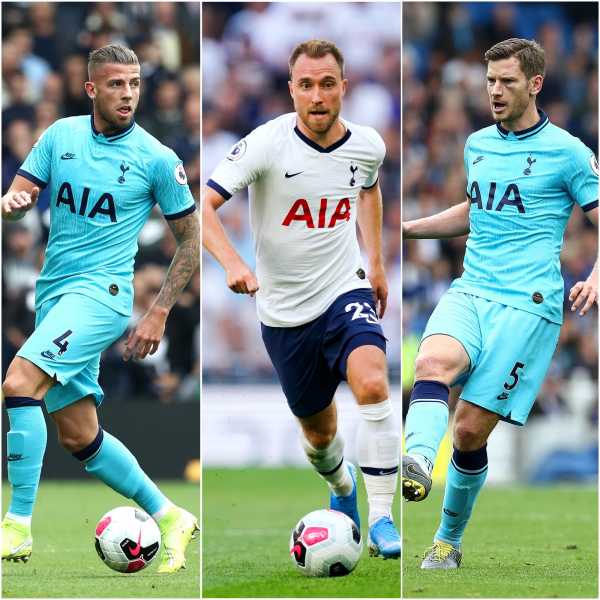 Arsenal started life after Unai Emery with a 2-2 draw at Norwich which saw their winless run extend to eight games in all competitions.

Interim boss Freddie Ljungberg insisted he would try and put smiles on the faces of fans again, but could have left Carrow Road with a defeat had the Canaries not wasted several opportunities in the second half.

Pierre-Emerick Aubameyang’s double three days after Emery’s departure did little to lift the mood with this encounter, highlighting the problems facing the club’s former midfielder in their battle for a top-four finish.There was a new man in charge of Arsenal (Adam Davy/PA)

Norwich manager Daniel Farke would have been proud of his side, but left with mixed emotions following an entertaining contest with VAR heavily involved.

Ljungberg made five changes to the team which lost to Eintracht Frankfurt on Thursday with Mesut Ozil and Alexandre Lacazette among those recalled.

Seemingly buoyed by the change, the Gunners dominated the opening exchanges at Carrow Road and should have scored in the 10th minute, but Onel Hernandez denied Shkodran Mustafi a goal on his first Premier League appearance of the season with a clearance off the line.

Joe Willock, Lacazette and Calum Chambers had already wasted opportunities by this point and it felt like a matter of time before Arsenal turned their superiority into reward, but it was the hosts who struck against the run of play.

Hernandez won possession from Willock and found Kenny McLean, who waited for Teemu Pukki to make a run and the Finland striker duly delivered before his shot from 18 yards deflected in off Mustafi with 21 on the clock.

Like under Ljungberg’s predecessor, it was poor defending with Pukki allowed too much time to end his run of eight games without a goal for the Canaries.

It did not take long for Arsenal to be handed the opportunity to equalise and at the second attempt Aubameyang did so in the 29th minute.Tim Krul saved the first penalty (Adam Davy/PA)

Christoph Zimmermann handled Ozil’s cross and although Tim Krul saved the first penalty kick, the encroachment of several players saw it retaken and after scoring the last of Emery’s era, the Gunners captain netted the first of Ljungberg’s.

VAR once again was the centre of attention and despite the Carrow Road faithful making their feelings known, Farke’s team responded positively to conceding.

The impressive McLean could have received a red card for a high lunging tackle on Matteo Guendouzi on the stroke of half time, but referee Paul Tierney only showed a yellow and it was Norwich who made the most of the time added on.

In the second minute of stoppage time, McLean showed great composure to pick out Hernandez – who was again allowed to run at Arsenal’s defence – and he found academy graduate Cantwell, who slotted into the corner for his fourth goal of the term.

The former midfielder would have expected his players to kick on now, but like in the opening 45 they retreated after levelling and Norwich squandered three huge chances in the space of four minutes.

Firstly McLean raced through, but saw Bernd Leno produced a wonderful save to deny him and then Cantwell fired wide from inside the area before Pukki got in again and yet Arsenal’s number one stood tall to thwart him.

Second-from-bottom Norwich continued to ask questions and Max Aarons had two late efforts saved as Ljungberg ended his first match in charge watching his side clinging on for a point, which leaves them seven off Chelsea in fourth.

Happy Birthday, Mr. President. Or is It? Donald Trump Turns 74