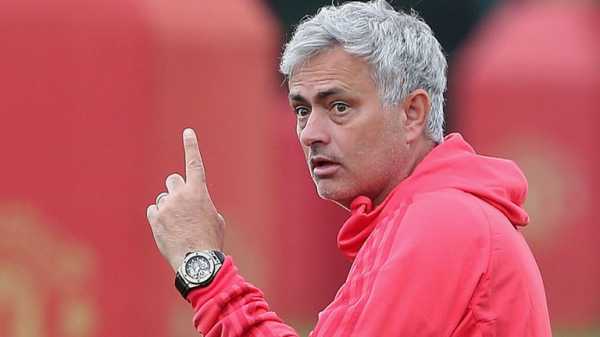 Jose Mourinho was routinely criticised for a cautious approach at Manchester United last season. But a focus on improving his defence further could be key to a successful title challenge in 2018/19, writes Peter Smith…

“Attack, attack, attack” is the familiar chant from Manchester United supporters. It was heard regularly during 2017/18, as boss Mourinho preferred control to cavalier football.

There were big scoreline victories over West Ham, Swansea, Everton and Crystal Palace in the early months of the season but by May a dependency on Romelu Lukaku for goals had become apparent.

“Bland” was the word Sky Sports’ Charlie Nicholas repeatedly turned to in his end-of-season review of United’s campaign.

So it would perhaps seem counter-intuitive to suggest that United’s failure to so far significantly strengthen their backline could be a greater concern for Mourinho going into the new Premier League season than a lack of investment in attacking areas.

After all, United recorded the second-best defensive record in the league last season and David de Gea picked up the Golden Glove award. Indeed, it was United’s best goals-against tally since 2009/10 – and they’ve won the title twice since then.

Add in the fact United have bought a centre-back in each of the past two summer transfer windows and the arrival of teenage full-back prospect Diogo Dalot this term, and fans would be forgiven for wanting to see deals prioritised in other areas.

But the stats suggest there is still room for substantial improvement – and that a firmer base could provide the platform for more freedom further up the field. 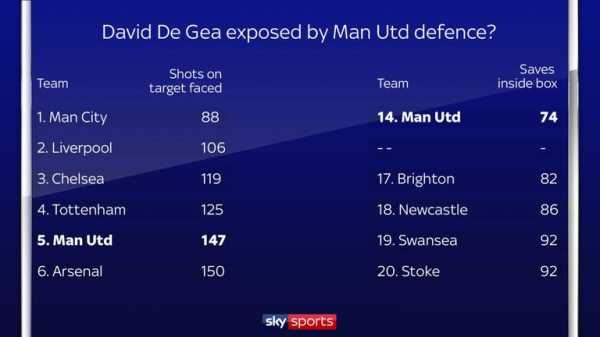 Consider that only six teams in the Premier League saw their goalkeeper make more saves in the penalty area last season than Manchester United. Or that United faced 147 shots on target – 59 more than Manchester City and 41 more than a Liverpool team perceived to play open football.

If United’s bare goals-against tally suggested a team assured at the back, those deeper statistics paint a different picture. Opta’s Expected Goals metric emphasises the point: no goalkeeper in the Premier League prevented more goals that should have been scored than De Gea in 2017/18. By a long way. 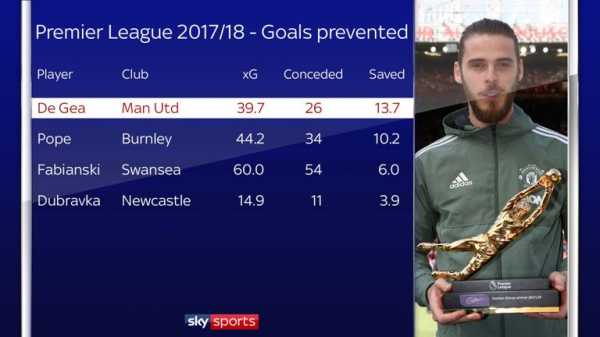 In other words, De Gea’s brilliance covered for a relatively porous defence, getting his team-mates out of jail. As a result, the Spaniard was voted United’s player of the year for the fourth time in five seasons. Never before had a goalkeeper picked up the prize.

The arrival of holding midfielder Fred should help. But with the clock ticking towards an early deadline day on August 9, time is running out to bring in upgrades in defence. Reported interest in Tottenham’s Toby Alderweireld remains just that.

There are further concerns at full-back, too, with first-choice duo Ashley Young and Antonio Valencia both 33 years old when the new season kicks off. They are both out of contract next summer, as well, so there is the opportunity to refresh these places, especially given Young and Valencia’s offensive output last season.

Full-backs have become increasingly important attacking options but United’s wide defenders offered less than their rivals’ in the campaign just gone. In fact, 20 defenders created more chances from open play per 90 minutes than Young last season. Valencia was even further down the standings. 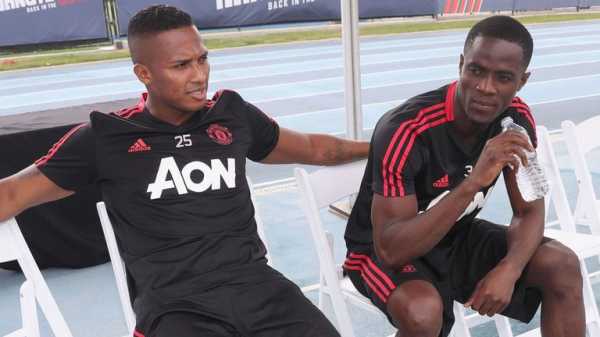 “Sometimes I feel that to be good defensively is a crime but it is not a crime,” said Mourinho after a 1-0 Champions League win away at Benfica last October.

It may be an unfashionable area to worry about but United will need to step up in all departments this season if they are to top Pep Guardiola’s Manchester City. And enhancing their defence to better protect De Gea and offer an increased threat on the flanks, will help deliver that confident, attacking play the Old Trafford support crave.

The problem for Mourinho and Manchester United is the end of the transfer window is fast approaching.

Phil Mickelson’s six runner-up finishes at the US Open

Black Mirror and the Prison of Eternity

Paul Browne happy to play his part from the sidelines after...