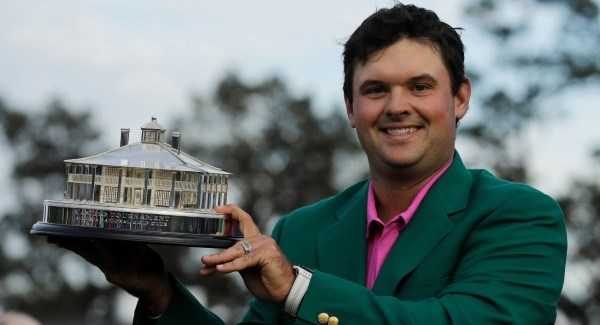 Rory McIlroy will have to wait another year to win the Masters title he so desperately covets and complete the career Grand Slam.

As he limped to a 2-over 74, McIlroy played the role of forgotten bystander, a witness to Patrick Reed making his own history as a first-time major winner rather than the maker of his own.

“Just wasn’t meant to be,” said McIlroy, who finished in a tie for fifth place, six strokes behind Reed.

From his very first swing, a drive that flared right, McIlroy looked out of sorts.

“That was probably the worst opening tee shot I’ve ever seen in a major or ever will see,” Golf Channel’s Brandel Chamblee said.

McIlroy salvaged par and actually picked up a stroke when Reed opened with bogey. At the par-5 second, McIlroy hit two heroic shots and faced a 4-foot eagle putt to tie for the lead.

McIlroy had been an impressive 35-for-35 from inside 5 feet this week, but he missed. It was a golden opportunity lost and he would never wrest the lead from Reed, who one hole later rammed in a 10-foot birdie putt.

Asked how far it would have gone by had it not hit the hole, Reed said, “Probably still be rolling. It was moving.”

When McIlroy made bogey, it was a 2-stroke swing and McIlroy never could regain any momentum. He birdied the fourth, but missed another short putt at the fifth. He played the first nine in 1-over 37, and trailed by four.

“It was like every time I took a step forward, I took a step back on the next hole,” he said. “I had a chance to put a little more pressure on him than I did.”

McIlroy hit only eight greens, but it was his putter that really let him down. He missed six putts inside 10 feet, took 30 putts in all, and made only one birdie over the final 14 holes. McIlroy has now played in the final group twice in the last seven years and recorded five top-10 finishes at Augusta National in 10 starts.

“I play this golf course well,” he said. “I just haven’t played it well enough at the right time.”

This setback will sting because he was so close to winning the one major that has eluded him. Completing the career Grand Slam is the type of achievement that would have been in the first paragraph of his obituary someday. One day after shooting 65 to vault into the final group, the moment proved too big for him.

Reed, a 27-year-old Texan, certainly did. He had never broken 70 in any of round during his first four appearances in the Masters and then did so in first three rounds to open a 3-stroke lead.

He followed up bogeys at the sixth and 11th with birdies, and made his final birdie of the day at the 14th en route to shooting 15-under 273, 1-stroke better than American Rickie Fowler.

“To hit a good iron shot on 12 and make that birdie right there to get that one right back, I felt that right there was when the turning point was, because that putt was huge.” Reed said. “And then to hit a quality shot on 14, those were basically the two points in my round that I thought, you know, this is going to be my week.”

Few expected that Jordan Spieth, who started the day nine strokes back, would apply the pressure to Reed. Not even Spieth, who said on Saturday, “I get to go out for one of my only stress-free rounds that I’ve ever played at Augusta National tomorrow and enjoy the walk.”

“Are you kidding me?” he said.

But his tee shot at 18 clipped the trees on the left and traveled only 177 yards. Spieth had an 8-foot par putt to tie the course record of 63 and post 14 under, but he missed.

“I almost pulled off the impossible,” said Spieth said, who posted the seventh 64 in Masters history and finished third.

Spieth’s remarkable charge inspired Fowler to mount his own move.

“To see that was kind of a kick in the butt,” said Fowler, who birdied six of the last 11 holes, including the last to make Reed sweat over the final hole.

The victory for Reed was years in the making. He was a first-team All-American at two-time national champion Augusta State, but he flunked out of the second stage of 2011 PGA Tour Qualifying School.

With no status on a professional tour, he and now-wife Justine began traveling to every PGA Tour event that wasn’t an invitational and trying to qualify for one of four open spots available on Monday.

Reed qualified five times in the heart-tugging, white-knuckle drama that is Monday qualifying. Make the cut and they celebrated with steak; fail and they feasted on peanut butter and jelly.

He earned his first title at the 2013 Wyndham Championship, beating Spieth in a playoff. When Reed won the 2014 WGC Cadillac Championship, he declared he was “top 5 in the world.”

He was labeled as brash, cocky and arrogant. But he proved that he was a worldbeater in match play, especially at the Ryder Cup, earning the moniker Captain America.

Yet he couldn’t harness the same level of intensity to the majors. It wasn’t until his 16th appearance in a major that he recorded his first top 10. (He finished in a tie for second at the 2017 PGA Championship.)

“The biggest thing was I put too much pressure on myself,” he said. “I tried so hard to hit the perfect shots, that going into this week, I was just like, hey, it’s golf. Go play.”

Now he’s in the history books as a major winner, a Masters champion and the owner of a green jacket.

The Long Game: China Seeks to Transfer Its Silk Industry to...