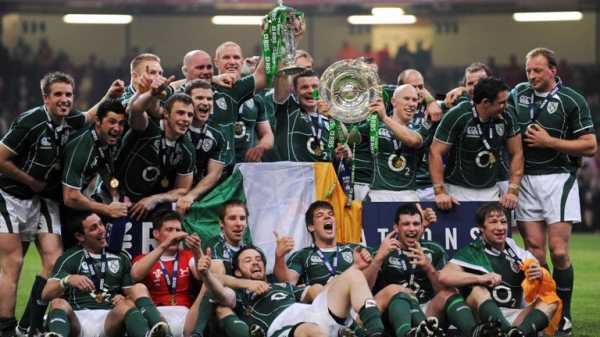 As Ireland have the opportunity to clinch a third Grand Slam in their history on Saturday at Twickenham, we take a look back at five Grand Slam winning moments.

In total, just 38 Grand Slams been won since 1908, and since it became the Six Nations in 2000, nine have been secured. Eddie Jones’ England were the last to achieve the feat back in 2016.

With Super Saturday fast approaching, and with it Ireland’s opportunity to create history, let’s take a trip down memory lane and look back at some of the memorable moments that secured the competition’s ultimate prize. In 2009, Wales entered the competition as the reigning Triple Crown and Grand Slam winners. When it came to the last match on the final day of the Championship, however, it would be Warren Gatland’s side who would fall to Ireland.

In Cardiff, the visitors turned around a 6-0 half-time deficit to end their 61-year wait for a Grand Slam and supporters from both sides will never forget the dramatic denouement to the encounter.

With five minutes of the match to play, Stephen Jones’ drop-goal pushed Wales into a 15-14 lead, but Ireland were not finished yet.

Wales secured the kick-off but Jones’ clearance kick went out on the full and, from there, Ireland set their platform. 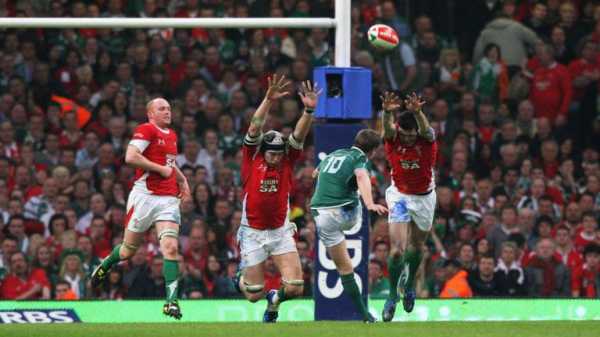 Peter Stringer marshalled his forwards. He urged them on from breakdown to breakdown before Ronan O’Gara dropped into the pocket and, under tremendous pressure, struck a sweet drop-goal of his own.

As the ball bisected the uprights the clock read 77 minutes and 23 seconds. Yet almost exactly two minutes later, Wales’ fly-half was lining up what could have been the match-winning – and potentially heartbreaking for Ireland – penalty.

As Jones prepared for the 48-metre kick, the clock went into the red and after it fell short, Ireland’s players, management and fans roared as their 61-year wait for a second ever Grand Slam was finally over.

The question now is, will we see similar emotions from Ireland’s players come the full-time whistle at Twickenham Stadium? Or will England return the favour after Joe Schmidt’s side dashed their own Grand Slam hopes this time last year? Scotland secured their last Grand Slam against England on March 17, 1990, at Murrayfield.

The Five Nations’ form book from that season had England as the on-paper favourites after their convincing three victories – 23-0 over Ireland, 26-7 against France and 34-6 over Wales.

By contrast, Scotland’s encounters were tighter and more competitive affairs; a 13-10 result against Ireland and a 13-9 win against Wales bookended their 21-0 whitewash against France. It was an encounter that had its tone set by David Sole’s slow march out of the tunnel. The captain was focused and determined and ready to face Will Carling and his England outfit.

The home side’s two early penalties pushed them 6-0 ahead before Jeremy Guscott opened England’s try-scoring having dummied past Gavin Hastings on the way to the line.

England had their chances but the hosts added another penalty to hold a 9-4 lead at the break – tries accounted for four points at the time.

The second half saw Scotland strike first with a moment that many still remember vividly. Hastings’ kick forwards was pounced on by Tony Stanger for a try as Scotland executed a rehearsed move off their scrum which was called ‘Fiji’. 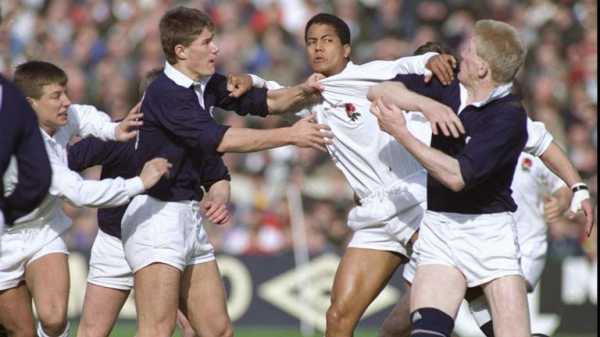 Simon Hodgkinson’s penalty provided the only other points to cut the deficit to 13-7, as even with England camped on their line, Scotland held firm in the final moments of the match.

As the full-time whistle sounded, Sole and his men punched the air and ran jubilantly up the field. The players’ sentiments were shared by their fans as hundreds flocked onto the pitch to celebrate with their sporting heroes.

It was Scotland’s second Grand Slam in six years, their third in history. Their quest for another continues. 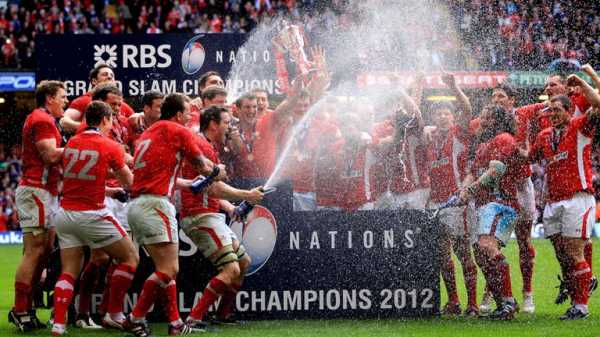 Wales secured their most recent Grand Slam on March 17, 2012.

On that day, France delivered arguably their best display of the Championship but Gatland’s men held their nerve and secured his second Slam in office.

One minute of silence was observed ahead of kick-off in memory of Mervyn Davies – the man who led Wales to a Grand Slam in 1976.

Davies had passed away on the Thursday and Wales’ victory was a fitting tribute to his memory and achievements for the national side. 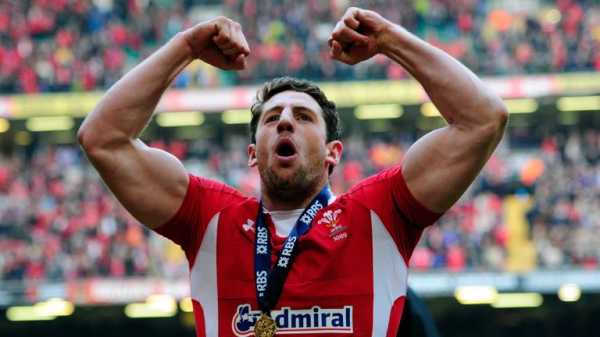 Alex Cuthbert’s first-half try ultimately proved to be the difference as they avenged their World Cup semi-final loss to France that had occurred just five months prior.

Les Bleus’ only points arose from the boots of Dimitri Yachvili and Lionel Beauxis, with Yachvili’s 72nd-minute penalty causing Welsh hearts to beat a little faster as it cut the home side’s lead to just four points.

When the ever-reliable Leigh Halfpenny delivered his third successful penalty of the game, however, after François Trinh-Duc had thrown the ball away having been bundled into touch, their fans’ nerves calmed somewhat and their side managed to hold firm for the final five minutes. 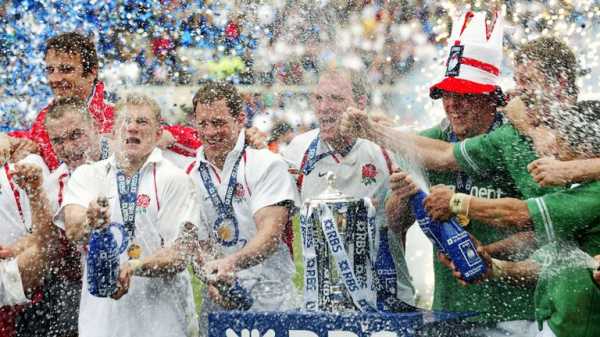 While England secured their most recent Grand Slam in 2016, we are going to look back at the achievement of the class of 2003.

Martin Johnson’s side travelled to Dublin for a winner-takes-all clash and their ambition was to end a challenging run trying to secure the competition’s ultimate prize.

In 1999, 2000 and 2001 they had failed to finish the job falling to Wales, Scotland and Ireland respectively during the final rounds of the championships. 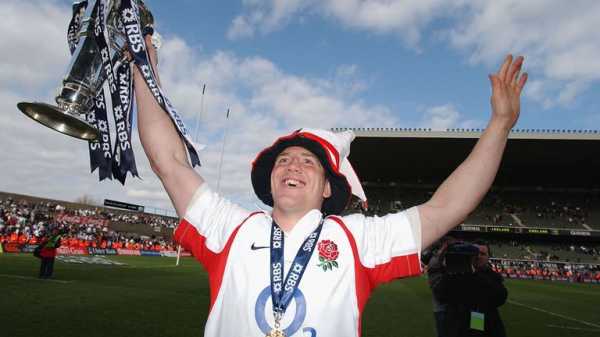 This time around, after the encounter was poised at 13-6 at the break, Johnson’s men exploded out of the blocks in the second half and stormed to a 42-6 victory.

Of course, many will remember the moments before kick-off as England refused to move from the right-hand side of the red carpet for the national anthems.

The visiting side’s stand set their stall before they went on to deliver a truly emphatic performance to clinch the Grand Slam. They would soon be crowned world champions. 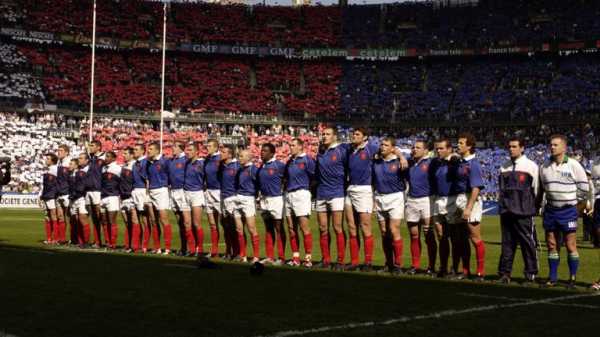 The year before 2003, France, led by Fabien Galthié, popped open the champagne at the Stade de France as they secured a Six Nations Grand Slam in front of 78,000 fans.

The two sides delivered contrasting opening lineouts; Ireland’s was lost while France worked off theirs and produced a two-man overlap to score the opening try with just two minutes on the clock.

Ireland responded and kept it tight – 10-5 after the first quarter – before Gerald Merceron’s boot and tries from Nicolas Brusque and Aurélien Rougerie plumped the home side’s cushion to 28-5 at the break.

In fact, the visitors would not score again in the encounter whilst Galthié and co enamoured their home fans with their flair and vision. Les Bleus’ journey to that point had seen them start the competition in Paris with a 33-12 victory over Italy before their tightest clash of the Championship occurred.

In Cardiff, a dramatic finish saw the TMO called upon twice in the final moments and both times, tries that Welsh fans hoped had been scored were disallowed.

The match finished 37-33 in France’s favour and after that, hard-earned victories over England and Scotland set up their final triumphant match at the Stade de France against Ireland.

Iraqi Militia Leader Says Their Response to US Will Not be...

Hats Off, AI! Scientists Create Self-Aware ‘Animal’ You Can Play With

Google employees walked out for the right to sue their bosses....