Home Sport NFL offseason round-up: What you may have missed 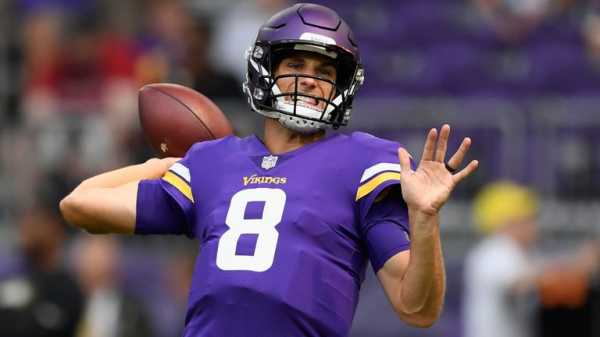 The NFL is finally back this week!

While you were away on holiday this summer, or busy watching the World Cup, you may have missed some of the major happenings around the league.

But we are only a couple of days away from kick-off – as the Philadelphia Eagles host the Atlanta Falcons on Thursday, September 6, live on Sky Sports – and we need to get you back up to speed.

Before we begin, I’m going to assume you followed along last season. But if you didn’t, watch this bitesize edit of all the thrills and spills, the best runs, the heaviest hits, the craziest catches and the top touchdowns in our six-minute video. 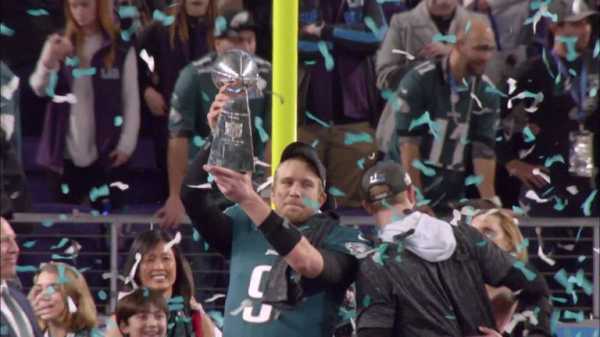 Now, let’s catch up with the big NFL news from this offseason…

A new head coach signals a new season for a lot of teams. While Jon Gruden’s return to the Oakland Raiders on a 10-year, $100m contract stole all the headlines, there was a crazy turn of events in Indianapolis.

On February 6, New Patriots offensive coordinator Josh McDaniels was announced as the new head coach of the Colts. Later in the same day, he withdrew from the position and decided to stay with the Pats.

The decision was met with backlash from fans, players and coaches, and even McDaniels’ agent left him. In stepped Frank Reich from Philly, who has a heap of experience as a coach and a player. He will have a big task in steadying the ship around returning quarterback Andrew Luck.

February also brought the first big contract of many in 2018. San Francisco 49ers quarterback Jimmy Garoppolo signed a deal worth a total of $137.5m, with $90m in guarantees. Both of those numbers were NFL records… at the time. 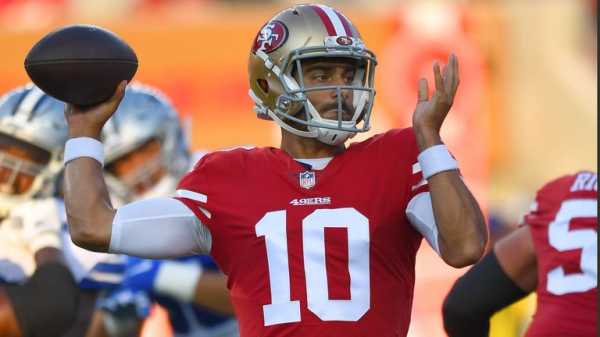 The Scouting Combine closed out the month, where NFL Draft prospects had one more chance to prove their worth and push their value up in the minds of NFL teams.

Running back Saquon Barkley bench-pressed more than offensive lineman, ran quicker than wide receivers, and jumped out of the building. Quarterback Josh Allen shot up draft boards when teams were able to see his rocket arm.

But the true star of the show was UCF linebacker Shaquem Griffin. An amputee with one hand, Griffin shocked the NFL world by running the 40-yard dash in 4.38 seconds, the faster ever time by a linebacker. 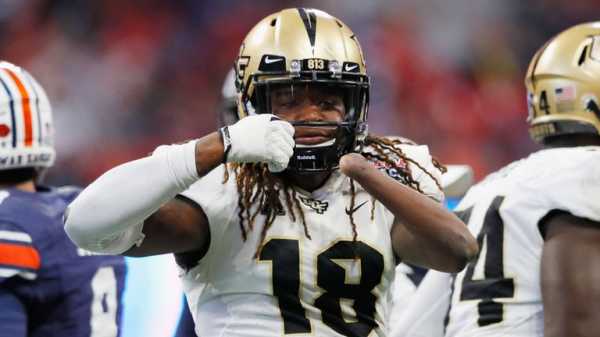 The biggest name in free agency was former Redskins quarterback Kirk Cousins. Washington traded for Chiefs’ QB Alex Smith in January, allowing the 29-year-old to leave and test the market.

Cousins ultimately signed a massive three-year, $84m contract with serious contenders Minnesota. Expectations are high, and anything less than another championship game appearance for the Vikings would be a disappointment. 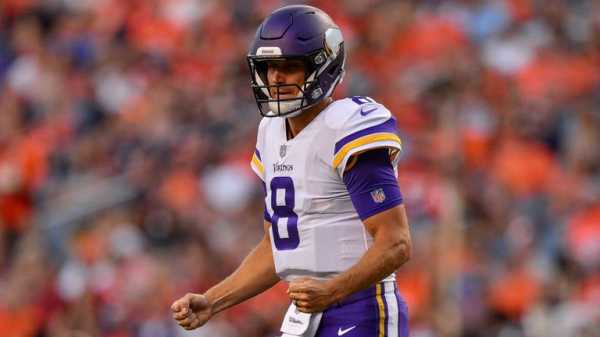 Case Keenum, who Cousins replaced in Minny, signed with Denver. The Titans made a splash, bringing in two former Patriots in Malcolm Butler and Dion Lewis, while Seahawks ‘legion of boom’ star Richard Sherman joined the rival San Francisco 49ers.

How about the story of Ryan Grant? After his release by Washington, he signed an unexpected four-year, $29m deal with the Baltimore Ravens. After a ton of backlash on social media – especially as the team didn’t land bigger names Allen Robinson and Sammy Watkins – the deal was voided by Baltimore when Grant ‘failed his physical’. That didn’t stop him from being healthy enough to sign a much smaller one-year, $5m deal with the Colts the next week! Poor Ryan.

The start of the new league year also meant trades could become official. From February to April, the Rams traded for Marcus Peters, Aqib Talib, and Brandin Cooks and made it clear they want to take advantage of Jared Goff’s rookie contract and utilise their ‘championship window’ by going all out to add big stars.

It was a huge month for the NFL in the UK, as the FA confirmed Fulham and Jacksonville Jaguars owner Shahid Khan had made an £800m bid to buy Wembley Stadium.

Our very own Neil Reynolds said: “I think when we look back in three, four, five years time I think this will be a historic day – a day when we look and we say this was the next massive step towards and NFL franchise in London.” Are we getting closer?

In the final days of the month, we enjoyed the main event of the summer: the NFL Draft. After months of speculation, Oklahoma quarterback Baker Mayfield ended up as the No 1 overall pick.

Combine stars Allen and Barkley looked like the favourites until the final hour, when Cleveland swooped for the college standout who threw an insane 117 touchdowns compared to just 20 interceptions in three years with the Sooners. Barkley went second overall, Allen seventh.

Five quarterbacks were selected in the first round for the first time since 1999, however, one third-rounder wasn’t so well received. Steelers long-time starter Ben Roethlisberger said he was “surprised” by the selection of QB Mason Rudolph and questioned whether the pick would help them ‘win now’. That said, the team gifted him with another downfield target in the second round (James Washington), so I’m sure he’ll be just fine.

In May, we had yet another whopping NFL contract as Atlanta Falcons QB set a new high with a $150m deal with $100m of guarantees. While he’s been topped in yearly average since then, it remains the contract with the highest total value. 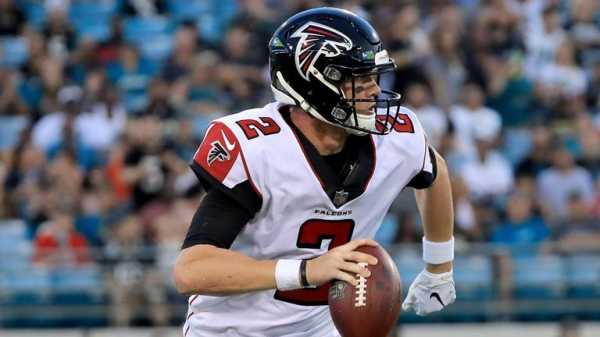 But mostly, one of the NFL’s quiet summer months was dominated by rule changes. The league – without consulting the Players Association – approved a rule meaning players must stand for the national anthem if they are on the field. If players choose to protest, their team will be fined by the NFL.

US President Donald Trump attacked the rule, saying it doesn’t go far enough! “You have to stand proudly for the national anthem, or you shouldn’t be playing,” he said. “You shouldn’t be there – maybe you shouldn’t be in the country.” He even went as far as to cancel the Super Bowl champion Eagles’ visit to the White House in June.

However, the rule to focus on is ‘use of the helmet,’ something that has been a huge talking point in the preseason. Yellow flags were flying in the exhibition games, and it will be interesting to see if that keeps up when the regular season kicks off as the NFL attempts to cut down head injuries.

As teams gradually started returning to minicamps, we found out which players were this year’s holdouts. 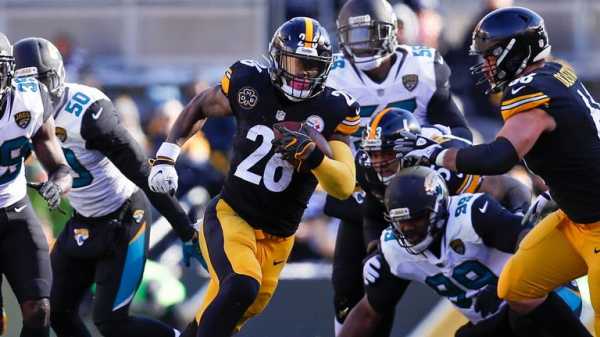 July also means training camps, and we spent a week with the Eagles as well as days with the Titans, Chargers, Raiders and Seahawks – bring on the London games!

One month closer to the season, we had football! Unfortunately, along with exhibition football, we have real injuries. Washington rookie Derrius Guice fell victim to the dreaded season-ender in a meaningless game, and was replaced by legendary veteran Adrian Peterson.

But all eyes were on those players returning from injury, including some of the biggest names in the game – Aaron Rodgers, Andrew Luck, Odell Beckham Jr and J.J. Watt, to name a few. A pair of them got a whole lot richer in August, too…

Beckham ($90m) and Rodgers ($134m), followed by Aaron Donald ($135m) and Khalil Mack ($141m) all signed record deals for their positions in a frantic week. Mack’s was on the back of a blockbuster trade from Oakland to Chicago.

And that brings us to now. After months of waiting, league-wide changes and renewed optimism, we will finally watch our first ‘real football’ when the Eagles and Falcons meet on Thursday night. Enjoy!

Join us for coverage of the NFL throughout the regular season and play-offs, starting with the season-opening Thursday Night Football, right through to Super Bowl LIII in Atlanta on February 3.

Every Sunday, Sky Sports is your home of the NFL in the UK, with three live games and Redzone and you can join in the conversation by making sure you follow us @SkySportsNFL for behind-the-scenes coverage, live fixture announcements and much more.

The 2018 midterm races that still aren’t over