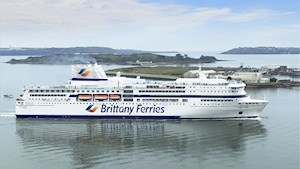 Meath hurling manager Nick Fitzgerald has announced he is stepping down from his role.

The Waterford native steered the Royal County to their second Christy Ring Cup success in four years in June.

Fitzgerald said that travel and time commitments with his work were a key reason behind his decision to leave.

In his statement released by Meath GAA today, he said he could not accept the offer of another year in charge.

“This morning, I informed the players of my intention to step down as the Manager of the Meath Senior Hurling Team.

“Having completed two years, I am unable to accept the offer from the Meath County Committee to extend my term as Manager.

“Moving forward I have a business that continues to thrive outside of Ireland and Britain as well as other parts of Europe.

“The build-up of the travel time involved with this continues to grow and these additional time pressures will see me out of the country more often.

“When you have players giving the total commitment you need to match or indeed exceed that level, and this is where I would fail in 2020 if I continued as Manager.”

“A White House report points out that Mao and I both...