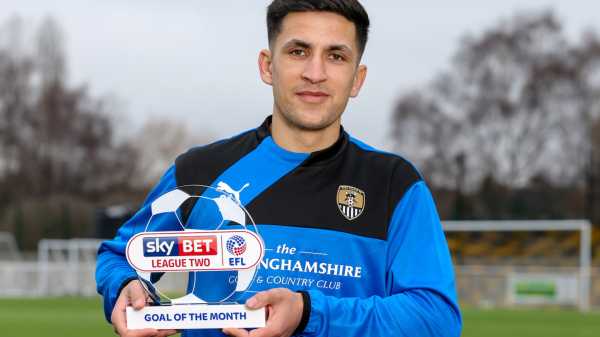 Watch Noor Husin's Goal of the Month winner against Crewe

Noor Husin escaped war-torn Afghanistan as a child. Now he’s aiming for promotion at Notts County following spells with Reading and Crystal Palace. The midfielder tells Sky Sports why he is proud to blaze a trail for his country and how he hopes to inspire others.

Noor Husin was five years old when he and his family packed up and left. War had broken out in Afghanistan and Mazar-i-Sharif, the capital of the Balkh province, was at the forefront of the conflict. United States-backed forces had ousted the Taliban from the city quicker than expected, but it remained precarious and the future looked bleak.

“The situation was just that they wanted to get out as soon as possible,” Husin, now 21, tells Sky Sports. “The conflict was starting there and my parents wanted a better life for their kids. Me, my mum and dad and my brother, we came over here to start a new life, really.” 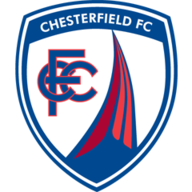 Husin is speaking at Notts County’s training ground having just received the League Two Goal of the Month award for his stunning long-range strike against Crewe Alexandra in February, but it was in Croydon, one of London’s most diverse Boroughs and a hotbed of footballing talent, that his family put down roots back in 2002.

Husin’s love of the game helped him settle in his new surroundings and it wasn’t long before his ability began to blossom. “For as long as I can remember, I’ve always loved the game and played it,” he says. “It started off at school, then I played a little bit of Sunday league and for my district, which is how I got spotted and had a few trials at different places.”

Chelsea and Liverpool were among the clubs who invited Husin for trials, but in the end he joined Reading. The young midfielder spent seven years rising through their academy ranks from the age of 11, helping the U18s reach the FA Youth Cup semi-finals in 2014 and signing his first professional contract with the club shortly afterwards.

Husin had to go on loan to non-league Hemel Hempstead for his first taste of men’s football and never made it as far as Reading’s first-team, but Crystal Palace had seen enough to sign him at the end of his contract in the summer of 2016. “Palace was just around the corner from me, so it was my local club,” he says. “I was obviously very happy to sign for them.” 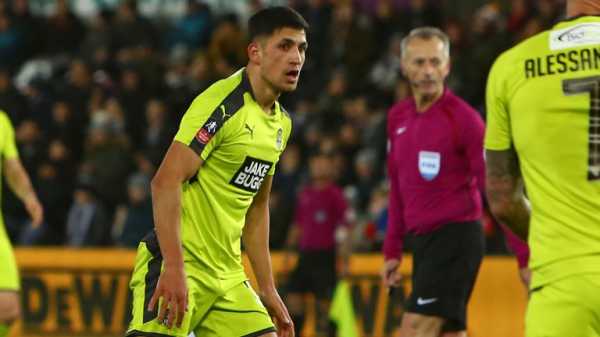 Husin impressed Palace’s coaching staff, earning a place on the bench for their meetings with Manchester United, Chelsea, Watford and Arsenal midway through last season, but his progress was abruptly halted when Alan Pardew was replaced by Sam Allardyce before Christmas. Within a few weeks, Husin had been sent on loan to Accrington Stanley in League Two.

“I started doing well but at the time the manager got sacked and I ended up going out on loan,” he says. “It was obviously a good experience being involved at a Premier League side, being on the bench and training with them every day, but the chance didn’t come and that was frustrating.”

Husin felt his first-team prospects were slim when he returned to Palace at the start of this season, but he had done well at Accrington, making 11 appearances as they embarked on an unlikely promotion push and catching the eye of Notts County manager Kevin Nolan when he scored against them on his debut.

Notts County were quick to offer him an 18-month contract when he was made available for transfer in January. “It wasn’t really a tough decision to leave Palace,” says Husin. “Kevin gave me a bit of banter about scoring against us, but he is one of the reasons I came here. He has played at the top level and my aim is to get there. I thought I could progress under him and take my game forward.

“He has definitely helped me so far. I am playing regularly and he can see the game through my eyes because of the position he played. I am happy taking tips off him and understanding different things I can improve on. Notts County is a massive club in League Two as well. I just thought it was the right time to go down a few levels and build my way back up.” 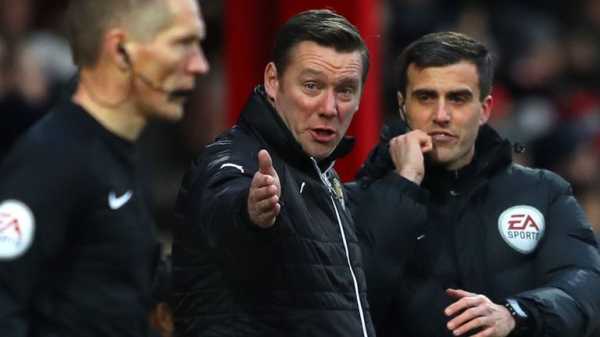 Husin is making history along the way. At Accrington last year, he became the first Afghan to play – and score in – a professional game in England. “It’s an achievement and a bit of history,” he says. “I’m the first player from Afghanistan and I’m proud of it. Hopefully I can be the first to play in the Championship and the Premier League as well.”

Back in Mazar-i-Sharif, where the political situation remains unstable and the threat of conflict looms constantly, Husin’s extended family are following his progress closely.

“My aunties and uncles are all still there,” he says. “I go back when I can, every two or three years, and I sometimes speak to them on the phone as well. They like to check up on me and tell me they have seen my goals. I’ve had a bit of coverage back there and they are proud to see me on the telly.”

Indeed, Husin’s family members are not the only ones with a keen interest in him. “There aren’t many Afghans playing at a decent level in Europe so there is a lot of interest,” he says. “There’s Nadiem Amiri, who has played in the Bundesliga and the Champions League with Hoffenheim, but there aren’t really very many.

“I know people look up to me as an inspiration back there and I’m proud of that. I just want to show them that it is possible to make it. If I can inspire people and motivate people then it’s a great thing. Hopefully I can give them more things to be happy about in the future.”

Decades of war have set football back in Afghanistan – the Taliban effectively outlawed it during their rule between 1996 and 2001 – but the eight-team Afghan Premier League is entering its sixth season this year and the sport’s popularity is rising. Does Husin intend to represent their national team? 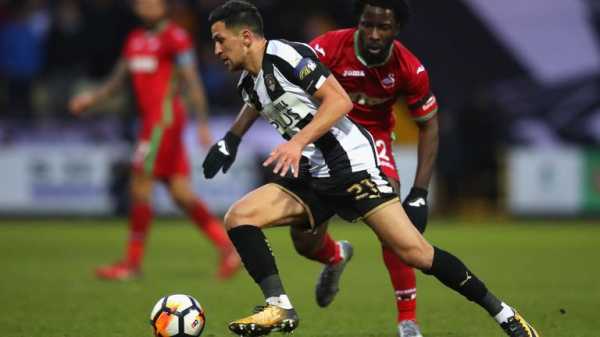 “I was called up while I was at Palace but at the moment I’ve put it on hold,” he says. “I’m still really young so I just want to focus on club football. That’s got to come first for me at the moment. Obviously if I’m doing well and I have the honour of being called up again in the future, it is something I will look at seriously.”

Right now, it’s about climbing back up England’s football pyramid. Notts County sit third in League Two ahead of Sunday’s trip to Chesterfield and need three points to keep up their challenge for an automatic promotion spot. “The biggest target for me is to play as many games as possible and get Notts County promoted,” says Husin.

“Of course, eventually, my dream is to play in the Premier League. I’ve had a taste of it having been in and around it, and I think every young player aims to reach that level. I believe I can, so I’ve just got to work hard every day and improve my game. It’s just about taking one step at a time and seeing how far I can go.”

From Afghanistan to Notts County, it has been quite the journey already.

What We’re Reading This Week |

Ex-Worker of US Federal Contractor in Afghanistan Admits Stealing $104,000

The Brain-Tingling Sounds of ASMR |