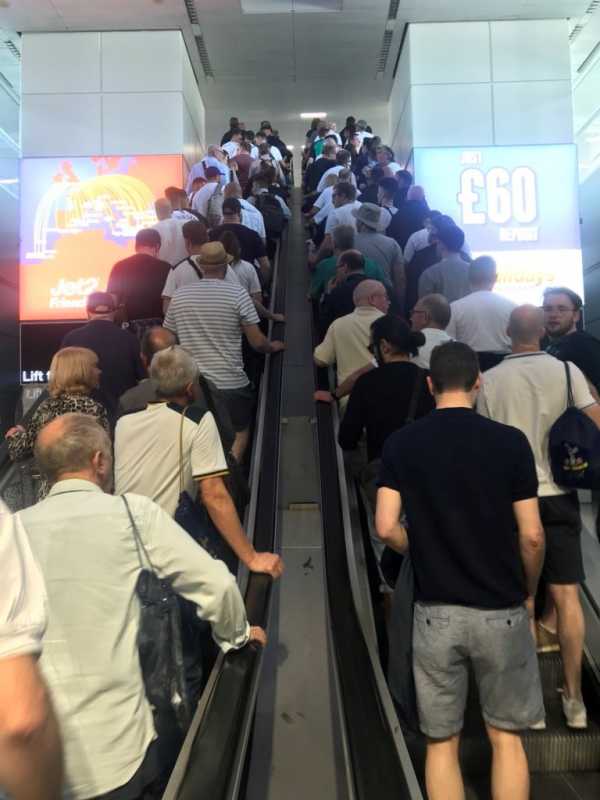 A Tottenham fan has described the anguish of arriving late to the Champions League final after his flight was delayed by seven-and-a-half hours.

Rob White, 55, is the son of Spurs legend John White, who helped the north London club win the European Cup Winners’ Cup in 1963.

Mr White was one of almost 180 Tottenham fans whose charter flight, laid on by Thomas Cook, to Madrid was delayed by a bird strike, leaving them wondering whether they would make the final at all.

“Because of social media we’re sat there in Stansted for seven hours seeing the build-up, the fan zones, people meeting mates, all of this stuff that we were missing out on,” Mr White told the Press Association.

“I’m very passionate about the fact that when you go to see a game the real experience is meeting your friends, seeing things, experiencing another culture, and we didn’t have that.

“All of that stuff can’t be compensated for. That’s gone, that part of the experience.”

In a bid to get the fans to the game, Thomas Cook flew one of its own planes from Manchester to Stansted on Saturday afternoon.

And while the flight only left just before 5.30pm UK time, the supporters largely remained optimistic.

“There was a feeling of ‘we can still do this,’” said Mr White. “We literally were taking inspiration from Lucas Moura! (who scored a late goal to send Spurs to the final.)”

Once they had landed in Madrid the Spurs fans had 15 minutes to spare until kick-off, but thanks to local authorities they missed less of the game than expected.

“Almost the best bit of the whole journey was landing in Madrid,” said Mr White. “The Spanish authorities were absolutely brilliant, they stuck us on to the buses to the terminal so quickly.

“Then it was like a scene from a film, people running through passport control with our passports held open. They made sure the gangways were clear, they’d stopped all the traffic, then they dropped us very close to the ground.”

Having arrived 16 minutes into the game, and with Liverpool already 1-0 up thanks to a Mohamed Salah penalty, “it was like arriving to a party late”, according to Mr White.

Tottenham fought their way back into the game, but Liverpool doubled their lead late on and won 2-0 to claim their sixth European crown.

Having endured a day of delays, a late arrival to the game and a crushing defeat, Mr White was then informed he would be on a flight the next morning, rather than one of the earlier flights as he had hoped.

“Maybe it was just laugh or cry, it was almost a metaphor for supporting Tottenham,” he said. “It’s such a disastrously poor service, and the way it could have been managed better was (through) massively improved communication.”

A statement from a Thomas Cook spokesman said: “Unfortunately a bird strike on one of our nine matchday flights resulted in a delay and we were forced to replace the aircraft to get the 180 fans to Madrid as soon as possible.

“We did what we could to keep supporters updated in what was a very challenging operating environment and we are very sorry to those fans who missed the first few minutes of the match.”

Top Democrat says the House will impeach Trump, just not yet

Stephen Miller threw $80 worth of sushi away to protest a...