Southampton claimed all three points in a frenetic Premier League match, moving out of the relegation zone and leaving hosts West Brom in deeper trouble at the bottom of the table.

Goals from Mario Lemina and Jack Stephens turned the game on its head after Ahmed Hegazi’s opener. James Ward-Prowse sealed a 3-2 victory with a free-kick in the second half, before Salomon Rondon pulled a goal back in the last 20 minutes. 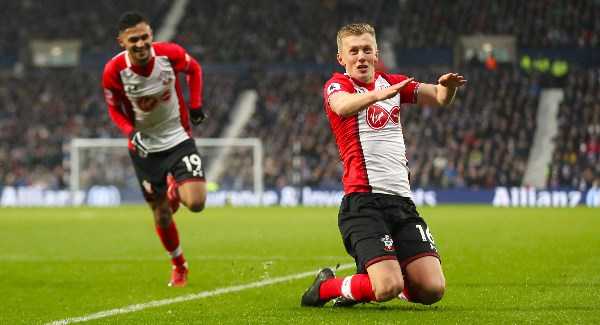 Albion paid tribute to the late Cyrille Regis prior to kick-off – and when the game started the supporters did not have to wait long for the first goal.

Chris Brunt’s pinpoint corner found Hegazi, who had escaped his marker – and the defender’s powerful header found the net to provide the hosts with an early advantage.

Saints immediately went about trying to bring themselves level. Sofiane Boufal, whose wonderful solo goal in the reverse fixture was enough to win the day, tried his luck from distance with a shot which brushed Ben Foster’s far post.

The visitors continued to see plenty of the ball but seemed to be missing Charlie Austin’s guile in the final third – until they made the breakthrough from a set-piece.

Only moments after chants from the away end of “you’re getting sacked in the morning” were aimed at Pellegrino, Boufal picked the ball up from a corner, fed Lemina on the edge of the area and the midfielder lashed in a terrific equaliser.

One became two within minutes when Stephens’ flicked header nestled into the far corner, meaning the beleaguered hosts – who had managed just two home wins all season – required a response after the interval.

It did not come, with Pellegrino’s motivated side picking up where they left off.

Wesley Hoedt’s barnstorming run from defence was only ended when he was scythed down by Gareth McAuley and Ward-Prowse finished off the free-kick from the edge of the area.

The excellent Lemina and Boufal were controlling the midfield, and full-backs Ryan Bertrand and Cedric Soares were enjoying plenty of freedom too.

There was a change in momentum though when Pardew turned to his bench and introduced former Southampton attacker Jay Rodriguez and youngster Oliver Burke, with the latter immediately involved. 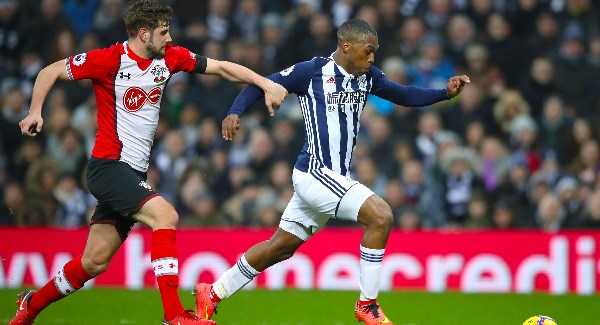 Scotland Under-21 international Burke brought down Rondon’s cross, skipped past Hoedt and remained on his feet despite a challenge from Alex McCarthy.

Albion maintained their urgency and when Rondon headed in another splendid Brunt cross, The Hawthorns rediscovered its voice.

However, Saints held on for a crucial success which eases the pressure on Pellegrino.

Experts worry Trump revealed US secrets when he tweeted a photo...

The gossip accounts telling you which TikTok star is dating which...