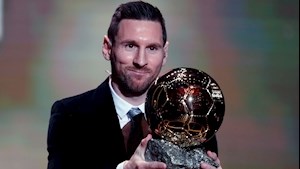 England have “come unstuck” at too many tournaments for Gareth Southgate to start plotting how he can avoid a knockout meeting with Germany, France or Portugal at Euro 2020.

The draw in Bucharest on Saturday night pitted Southgate’s team against their World Cup semi-final conquerors Croatia, plus the Czech Republic and the winner of the play-off series featuring Scotland.

England will play all their three group games at Wembley, and if they top Group D they would play the runner-up from Group F – far and away the toughest-looking pool – in Dublin.

Second place would put England up against the runner-up from Group E, which contains Spain, Poland, Sweden and a play-off winner, possibly Northern Ireland or the Republic of Ireland.

It is a similar situation to the last World Cup in 2018, when avoiding top spot in the group sent them down what looked like an easier path to the final. Defeat in their final group match to Belgium put them on that route, but they lost to Croatia after extra-time in Moscow in the last four.

For Southgate, memories of past England disasters mean that simply getting out of the group is the only objective.

“We’re England and we don’t have the luxury very often of picking whether we win, or come second or third,” he said.

“We’ve come unstuck often enough not to think about those things, so we’ll set the objective of qualifying from the group first and we’ll go from there.”

Croatia coach Zlatko Dalic was full of praise for England after the draw.

“It will be a difficult game for us because they know us very well,” he said.

“Now they are fantastic and very potent in attack. In the next three, four or five years England will be on top of Europe.”Zlatko Dalic believes England can be the top side in Europe over the next five years (Nigel French/PA)

Southgate knows expectations around his side will be much higher than they were in Russia, and told the BBC: “(Other international coaches) are very complimentary but I think they’re trying to draw you in a bit as well!

“I’ve been in the game long enough to know how that all works. There are eight, 10 top nations. The margins are really fine. When you look at the history of European Championships, there are so many different winners.”

Southgate accepts the tournament represents a fantastic opportunity for his team. Both semi-finals and the final will be played at Wembley should England make it that far.

“If we play well and win games then the whole nation is gripped and that’s something very, very special,” he said.

“It’s going to be a brilliant experience for our fans, our players and the public.”

England’s first group match will be against Croatia on Sunday, June 14 before they take on one of Israel, Norway, Scotland or Serbia on Friday, June 19. Their final group game against the Czechs will be on Tuesday, June 23.

Facebook Was Secretly Bidding Against Google to Buy Fitbit – Reports

Who are period-tracking apps really built for?

Is breastfeeding good for Mom’s heart?

The Final Season of “Crazy Ex-Girlfriend” Should Be a Novel |