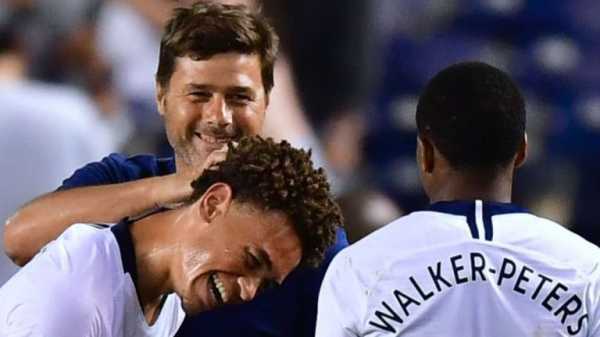 Tottenham’s pre-season plans have been hampered by extended holidays for first-team stars. But their young players have seized their chance…

Coming off the World Cup, Premier League sides were always going to face challenges in pre-season.

England’s shock run to the semi-finals certainly complicated that further, with all 23 members of the squad playing for Premier League clubs. Tottenham, with nine players in the final four in Russia, were hit harder than most.

But Pochettino and his group of young and fringe players have embraced the chance to play valuable minutes on the tour to the United States.

“I think it’s fantastic that we’re doing it here,” Pochettino said of holding his pre-season across the Atlantic. “I think it’s fantastic for the squad, for younger players like Cameron Carter-Vickers, for Oliver Skipp, or Luke Amos, Anthony Georgiou – the players that need time and competition. It’s difficult to have this type of game in the UK. “ 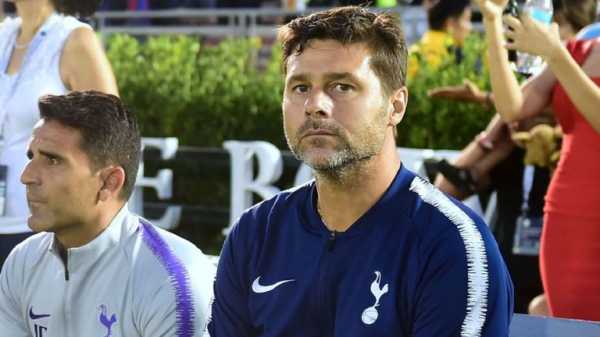 Going into Spurs’ clash with AC Milan in the early hours of Wednesday morning UK time, Carter-Vickers has played all 180 minutes, following a 31-game 2017/18 campaign with loans at Sheffield United and Ipswich Town. Back from Stevenage, versatile academy product Amos has seen 129 minutes of play, while Kyle Walker-Peters has 173 minutes on his ledger.

While Argentine centre-back Juan Foyth travelled, he has yet to see the pitch. It may be a season too soon for Amos, but Carter-Vickers and Walker-Peters may be making their cases to be part of the first-team set-up this season. It would be a boost for Pochettino as he balances a Premier League title chase, domestic cup competitions, and the Champions League.

Further up the pitch, pre-season injuries to Moussa Sissoko, Erik Lamela, and Victor Wanyama have forced Pochettino to look deeper into his squad. Centrally, Skipp has made the most of his 72 minutes and may have worked his way into the line-up for Tuesday’s clash with Milan.

Still just 17, the Welwyn Garden City-born midfielder has looked tidy on the ball and done well to read opposing movement. With Harry Winks not part of the touring squad, it’s been a crucial look for the U23 player.

“All of them have trained with us a few times,” Christian Eriksen said when asked who has stood out to him. “But I think the guy who’s the youngest is probably Skipp, who’s really taking the game by his hand and trying to do his thing. His courage – he’s not scared to get the ball. He’s not scared to tackle. He’s an all-around midfielder. I think with a lot of training and [when he’s] a little older, he’ll be there.” 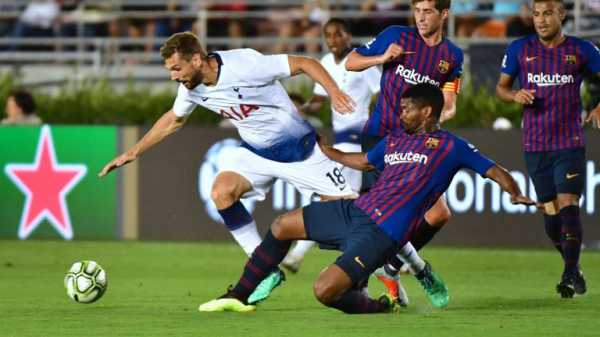 Out wide, Georges-Kevin Nkoudou may finally be ready to show why Tottenham brought him to the club in 2016. After going scoreless in eight appearances on loan with Burnley last spring, he was able to find the net against Barcelona in Saturday’s 2-2 draw. If he’s able to hone his technical skills while maintaining his athleticism, he could be a more trusted alternative to the polarising Sissoko.

He is not the only wide man looking to crack the rotation. Brought in from Paris Saint-Germain last winter, Lucas Moura brought 36 Brazilian caps with him to north London but failed to score for Spurs. With a full off-season to acclimatise to his new team, he’s looked rejuvenated, scoring twice in 144 minutes while referring to Tottenham as a “bigger club” than his former employers. 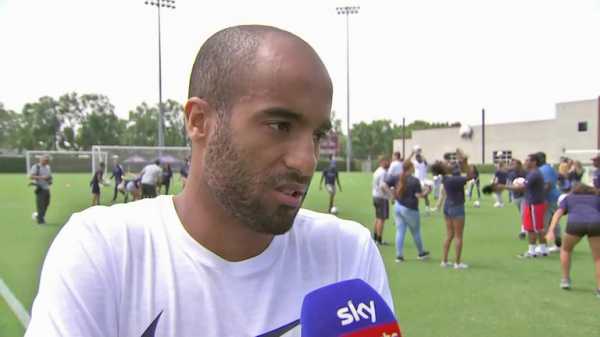 0:51 Lucas Moura says he's now settled at Tottenham after joining in January, while Ben Davies wants the team to make a strong start to the new season

With blistering pace and undeniable ability on the ball, he may be good value to supplant oft-injured Lamela as the first attacker off the bench.

“That’s football,” Pochettino said when asked if Moura should expect a bigger role. “If you look at different teams, it’s impossible that all players will be happy. They will have all the time that they want or hope. It’s a great opportunity for him to step up and show his quality and fight the players that were more consistent in the starting XI.” 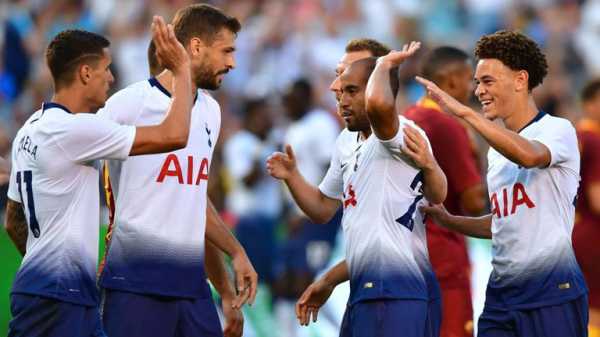 While Harry Kane and Dele Alli surely have their places in the starting line-up etched in stone, it has not stopped Fernando Llorente from leading the line with aplomb. The Spaniard scored twice in the summer opener against Roma.

Now that he’s back among the goals in time for the season-opener at Newcastle, it could allow Kane to ease into the season after winning the Golden Boot in Russia.

As the team took to the field for their final practice at the Minnesota Vikings’ stadium, the local Minneapolis Spurs were cheering them on. While Jose Mourinho has questioned the value of some games in America, Tottenham’s stateside fans don’t seem to mind.

With less than a week until the season opener, now is the final chance for players like Carter-Vickers, Skipp, and Moura to show they belong in the manager’s plans.